[1]We’re Lillian Cohen-Moore [2] and Ryan Macklin [3], a couple in Seattle who love to play with horror. You might know us from our work on the recent Mage: the Ascension books that focused on factions within the Technocratic Union. What you might not know, though, is that we met and bonded over playing another horror game: Don’t Rest Your Head [1]. Horror and dark fantasy is near and dear to our hearts, and Flames Rising wanted to give us a moment to talk about our time working as a couple in horror gaming.

During our time with the Technocratic Union, horror was a subtle constant throughout the books. Since we live together, we could turn around in our desk chairs to propose ideas for how to keep the horror elements in the Technocracy from becoming cartoonish, like some of the early material for them. They’re bad guys, from the Traditions point of view (if you’re not familiar with the setting, the Traditions are the default good-guys), but they’re also the heroes of their own story. Each book was a balance of propaganda and truth — both the story these factions tell themselves and facts about the world updated to the current day.

If this sounds up your alley, check out the for Technocracy Convention Books we’ve worked on: N.W.O. [4], Progenitors [5], Syndicate [6], and Void Engineers [7].

But those aren’t the only books that we work on together in this manner. Ryan’s been occasionally working on his action-investigative horror game since late 2010, called the Emerging Threats Unit [8] — a take on Fringe- or Delta Green-type of stories, if they were backed by the CDC rather than the FBI or other agency. When he does get time to work on this, he’ll turn to Lillian, describe a spell, and watch her reaction. If she recoils in disgust, Ryan notes it down, to the point where it occasionally becomes its own game we play together. (Incidentally, Ryan’s hoping to have a playtest of it up sometime in 2014, as he gets time to work on it.) 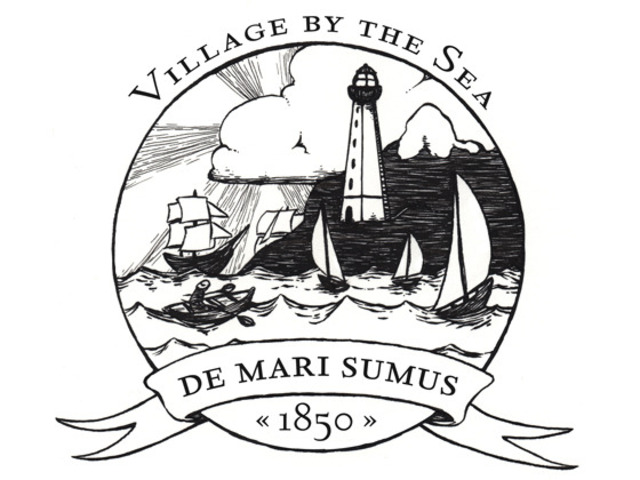 Lillian’s been working on a book, the Guide to the Village by the Sea (coming out in 2014). Influenced by her coastal childhood and love of horror, the Guide is a nod to parts of her life, but at it’s heart it’s a detective story, where the place is as much a mystery as the murders. It’s an answer to two requests people kept making; make a RPG setting book, usable with any system, inspired by her visits home, all of them tagged #VillageByTheSea on Twitter [9], and to bring to life a synesthetic detective (a play on Lillian’s real-life synesthesia). Ryan’s part of the work on the book, constructing Fate-like aspects for the many troubling (and often deadly) locations in the setting.

2013 wasn’t just about work, though. We love watching serial television, and are constantly inspired by modern fantasy stories. Ryan introduced Lillian to Fringe [10], and she introduced him to Haven [11]. We’ve also been eating up Sleepy Hollow (say what you will about it being cheesy, it’s good cheese). There’s more that we watch outside of fantasy and horror, like Arrow, The Tomorrow People (which Lillian likes for very different reasons than Ryan), and older shows once they’re done and on Netflix.

We collaborated like this all the time before we lived together, but there’s something sort of intimate about being able to make the other person grin with horrific delight or shudder in terror while, say, doing the dishes or eating dinner. (Fan fact: Ryan isn’t allowed to talk about ETU spells while we’re eating). That’s why 2013 has been a boon of a year for us, and our love of making horror and dark fantasy games and stories has brought us even closer today.

Lillian Cohen-Moore [2] and Ryan Macklin [3] are currently engaged to be married in Autumn of 2014. Clearly we haven’t freaked out the other one yet.