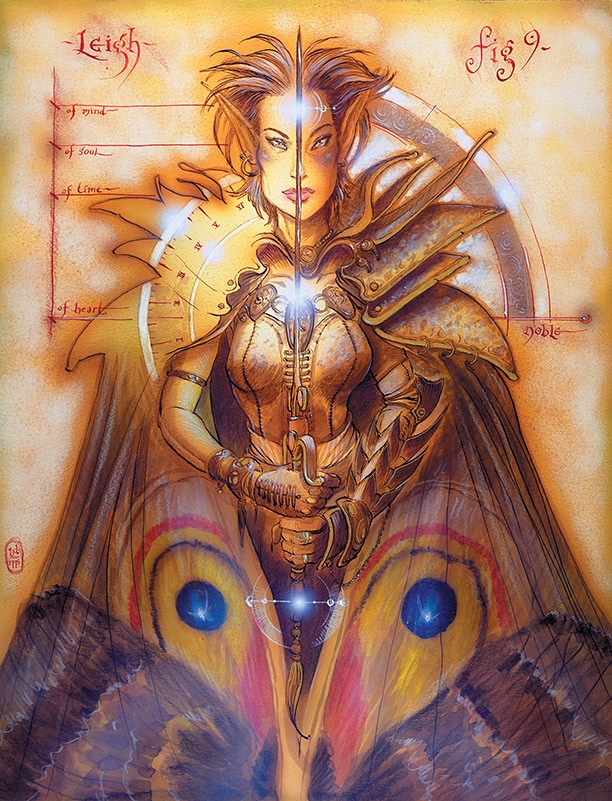 [1]Judge us not by our seemings for we are never what we appear.
Come hither, changelings and join the dream-dance,
lest the winter come and the Dreaming pass into memory.

Twenty years ago, White Wolf published Changeling: the Dreaming, the fifth of their promised five game-lines that together comprised the World of Darkness. Seen by some as a lighter, more fantasy-based setting in the modern-day, and by others as the darkest game White Wolf had yet created, players had to face the question of what happens once creativity and magic fades from their world.

This 20th Anniversary Edition of Changeling: the Dreaming returns to that deceptively bright yet terrifying world and both compiles and completes the concepts of the previous two editions. Led by veteran White Wolf and Onyx Path developer “Blackhat” Matt McFarland, our writing team consists of longtime Changeling creators like Ian Lemke, Jackie Cassada, Nicky Rea, and Peter Woodworth, as well as familiar names such as Holden Shearer, John Snead, Maggie Carrol, Matthew Dawkins, and Krister Michl. One and all are dedicated to making Changeling: the Dreaming Twentieth Anniversary Edition the most playable edition yet – while not losing the wonder, awe, and majesty that Changeling is known for.

– A revised and up to date look at the World of Darkness through the eyes of the Kithain – what has happened to the Dreaming in the last 20 years, and what is the state of Glamour and dreams?
– Rules for all of the kiths including in 2nd ed, plus fan favorites from other books: selkies, piskies, clurichaun, and both Arcadian and Concordian sidhe.
– Rules for the Gallain: The inanimae, the hsien, the Nunnehi, and others!
– An overhauled and reimagined system for fae magic, including new Arts and the powerful but dangerous practice of Unleashing!
– New full-color beautiful artwork as well as classic Changeling illustrations including remastered full page pieces of the kiths by Tony Diterlizzi. 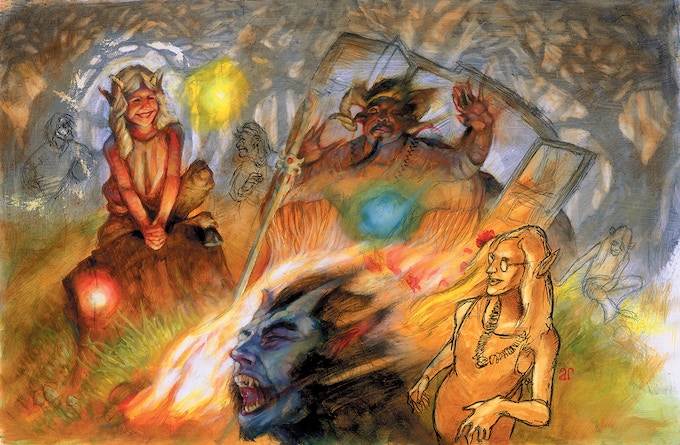 This Deluxe Changeling: the Dreaming 20th Anniversary Edition Kickstarter is designed to enable us to create a deluxe hardcover edition that stands proudly on its own as an amazing volume, or together on a shelf with matching volumes of the Vampire: the Masquerade, Werewolf: the Apocalypse, Mage: the Ascension, and Wraith: the Oblivion 20th Anniversary Editions.

This Deluxe Changeling 20th is planned as a black leatherette hardcover with an inset disk on the spine featuring the C20 round symbol, with 300+ full color, gold-edged, interior pages, and a gold silk ribbon bookmark. Embossed into the front cover will be the iconic luna moth Changeling symbol.

Changeling 20th is finishing up the first draft stage of the writing process under the experienced eye of “Blackhat” Matt McFarland and we are running this Kickstarter for the Deluxe Edition now, at this stage, to insure that our backers have the chance to have a say in the kind of package we’ll deliver. From comments, Rewards, and Stretch Goals, we will be working with backers to include their thoughts, names, and likenesses.

[2] Beckett’s Jyhad Diary exposes the secrets of the Masquerade : https://www.flamesrising.com/becketts-jyhad-diary-exposes-the-secrets-of-the-masquerade/

[3] Lore of the Bloodlines available now for Vampire: the Masquerade : https://www.flamesrising.com/lore-of-the-bloodlines-v20/

[5] Lore of the Clans for Vampire: the Masquerade available now! : https://www.flamesrising.com/lore-of-the-clans-for-v20/