Cthulhu: The Calling from Boom! Studios coming in July! 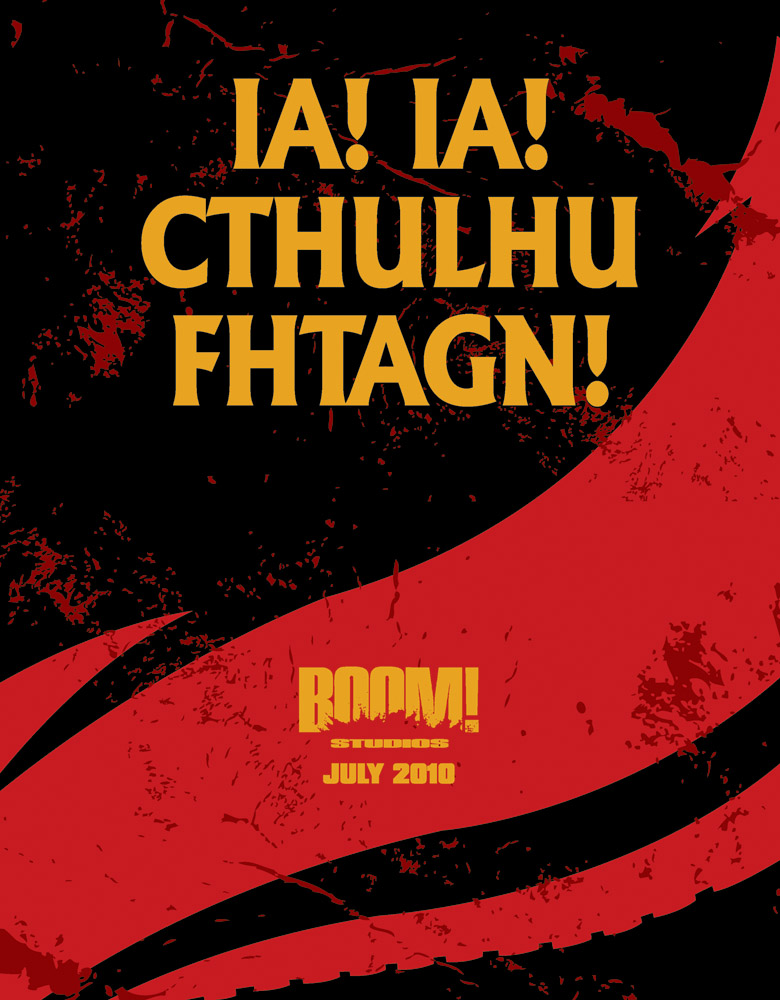 “If you are a fan of Lovecraft, if you worship Cthulhu, if you love horror, don’t miss this book,” said BOOM! Studios Marketing Director Chip Mosher. “This is BOOM! at its best, returning to our horror roots with a great new title that is guaranteed to creep you out… and drive you mad!”

In THE CALLING: CTHULHU CHRONICLES a cruise ship comes to port with hundreds aboard dead. But why? Clayton Diggs is a pharmaceuticals salesman who discovers his sister has committed herself to an insane asylum. She’s checked herself in, fearing she’ll hurt herself or someone else. And she’s afraid that something is out there… All across the world, moves are made, hands are being dealt, and momentum is shifting, while ordinary people in an ordinary world find themselves drawn by fate to see darkness and despair unlike anything they ever could imagine. Meanwhile, a cult sets their plan in motion, believing that there is a great one sleeping that will hear THE CALLING.

About BOOM! Studios
BOOM! Studios (www.boom-studios.com [3]) is a unique publishing house specializing in high-profile projects across a wide variety of different genres from some of the industry’s biggest talents, including Philip K. Dick’s DO ANDROIDS DREAM OF ELECTRIC SHEEP?, The Henson Company’s FARSCAPE, and the original Mark Waid series IRREDEEMABLE. BOOM! recently launched its youth imprint, BOOM Kids!, with Pixar’s THE INCREDIBLES, CARS, and TOY STORY, as well as Disney’s THE MUPPETS, DONALD DUCK, UNCLE SCROOGE and WALT DISNEY’S COMICS AND STORIES. This year, BOOM! Studios celebrates its fifth anniversary.