What are you willing to do to make it through tonight? What about tomorrow night? And after the deeds are done and your belly’s full of blood, how are you going to live with yourself?

The Danse Macabre asks those questions in new ways, and provides new tools to answer them in your own chronicle. So let’s get some razors, and open up some old wounds…

The definitive companion to Vampire: The Requiem.

Flames Rising is pleased to present an exclusive excerpt from this new Vampire: the Requiem sourcebook from White Wolf. Danse Macabre is available at Amazon.com [1] and RPGNow.com [2]. 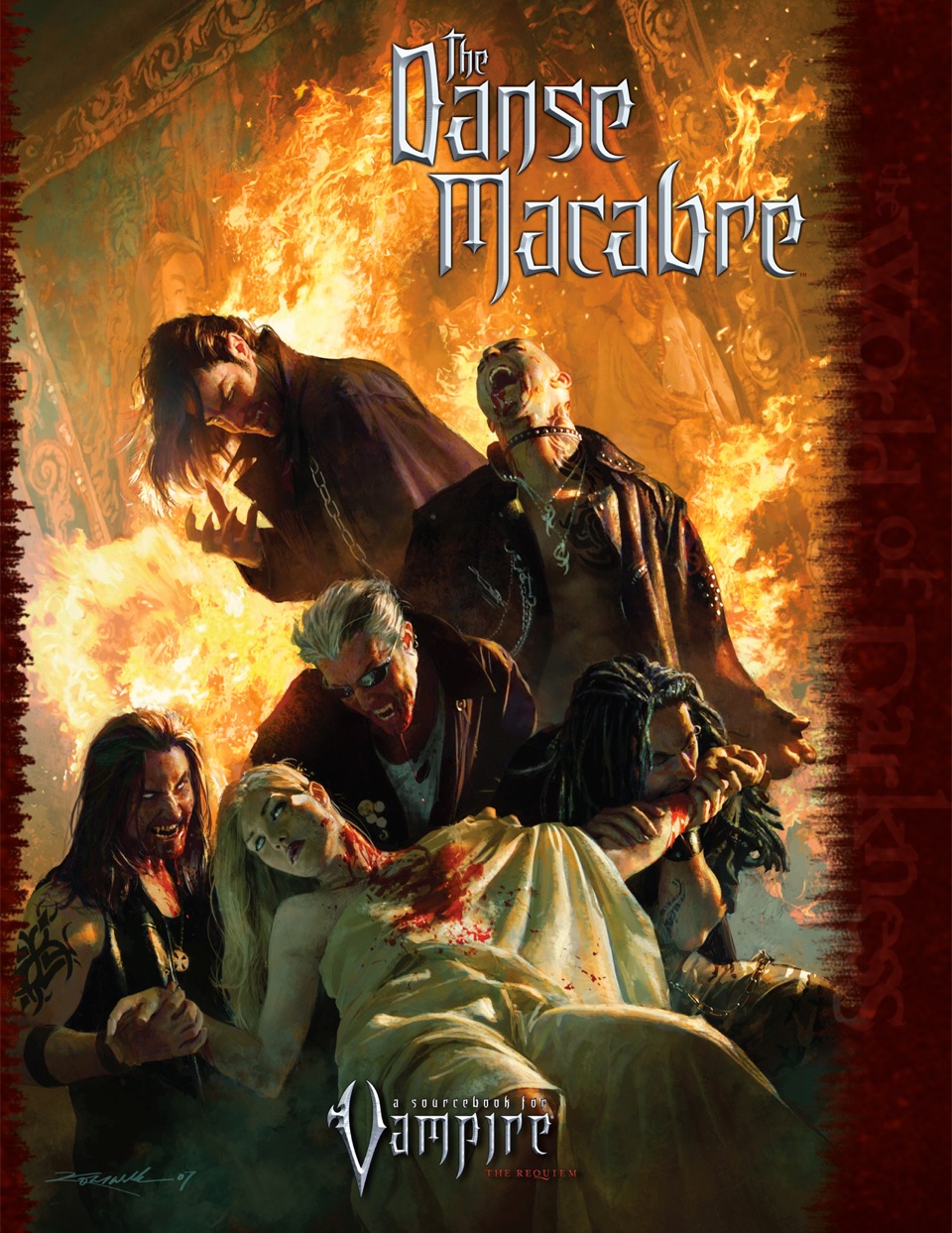 Developer note: The Danse Macabre presents a wide range of new content and options. I’m especially excited about the new take on gargoyles, a concept introduced in the core book but only occasionally mentioned since. Bethany Culp brought her eerie and, dare I say it, macabre sensibilities to the subject. Allow me to introduce you to just one of the Children of the Stones. 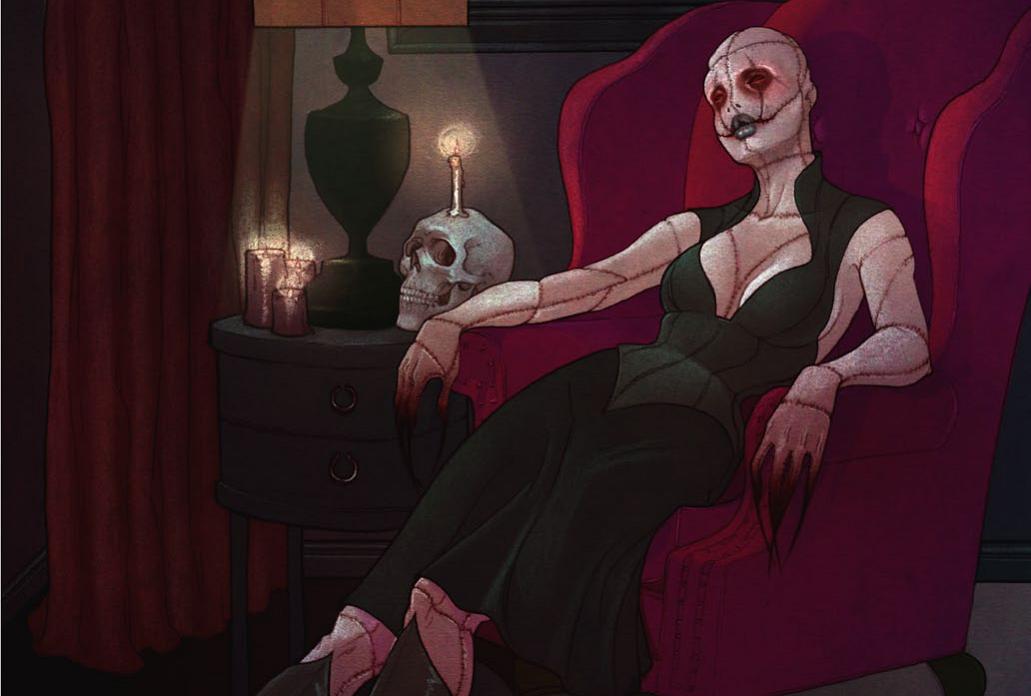 Child of the Beloved: The Clockwork Mockingbird

Description: When not concealing itself, The Clockwork Mockingbird appears as a small, silver automaton in the form of a delicate songbird. The Clockwork Mockingbird perches in wait near a vampire haven, usually within the leaves of a nearby tree or beneath the eaves of a neighboring building, until an uninvited vampire enters its master’s territory. When an uninvited guest approaches the protected area’s vicinity, the gargoyle whirrs to life and takes to the sky in swift flight, calling out in a clear, urgent voice. With the supernatural ability of Mimicry (see below), the Clockwork Mockingbird deceives and attracts the attention of the intruder in order to attempt to lure him away from its master’s haven.

Mimicry: Using Mimicry, the automaton attempts to attract the attention, concern, or curiosity of an intruder. It may play upon the intruder’s compassionate nature by imitating the sobbing or pleading of a lost child, coax him with the soft, sensual invitation of a lover, tempt a blood-starved vampire with the glib chattering of easy, mortal prey, or goad into furious pursuit by endlessly hurling humiliating taunts and insults at him from just around the corner. Once the Clockwork Mockingbird incites the trespasser to investigate further, it flits swiftly from shadow to shadow, attempting to hide itself from detection while luring him further and further away from the protected haven. If the Clockwork Mockingbird fails to lure away its target, it immediately attempts to fly swiftly to its creator to alert her that an enemy approaches.

Mimicry is an instant, resisted action, pitting the victim’s Composure + Empathy vs. the bird’s Manipulation + Expression. If the victim loses, he becomes distracted and obsessed with uncovering the noise for the remainder of the scene (but only that one scene).

Material Immunity: Being made from pure silver makes the Clockwork Mockingbird immune to being knocked out, bleeding to death, disease and wound penalties caused by damage.

You can also check out the video of Russ Bailey, Eddy Webb, Kelley Barnes and Craig Grant at White Wolf unboxing some advance copies of the book here:

[4] An Inside Look at White Wolf’s Scenes of the Embrace : https://www.flamesrising.com/scenes-of-the-embrace-preview/