This collaboration of industry all-stars has created four brand new stories that delve deeply into the mystery and mayhem of Deadlands. Set against a backdrop of the Old West gone slightly weird, these stories range from the mad invention of The Devil’s Six Gun to the masterful horror of Death Was Silent. We are also excited to bring you, for the first time in one complete issue, The Kid: Origins [3]; the backup story that ran through all four print editions of Deadlands from Visionary Creators C. Edward Sellner, Oscar Capristo, and Ale Aragon now collected together under an exclusive new cover. Telling the origin of the fearsome werewolf stalker Billy the Kid, this story sets the stage for the upcoming mini-series.

Each Visionary digital exclusive edition will also include a special feature with preview art for The Kid: Death in a Small Town as well as the first teaser image and major announcements about RAVEN!

We’re going to just let this image from the upcoming Deadlands mini-series starring The Kid speak for itself! 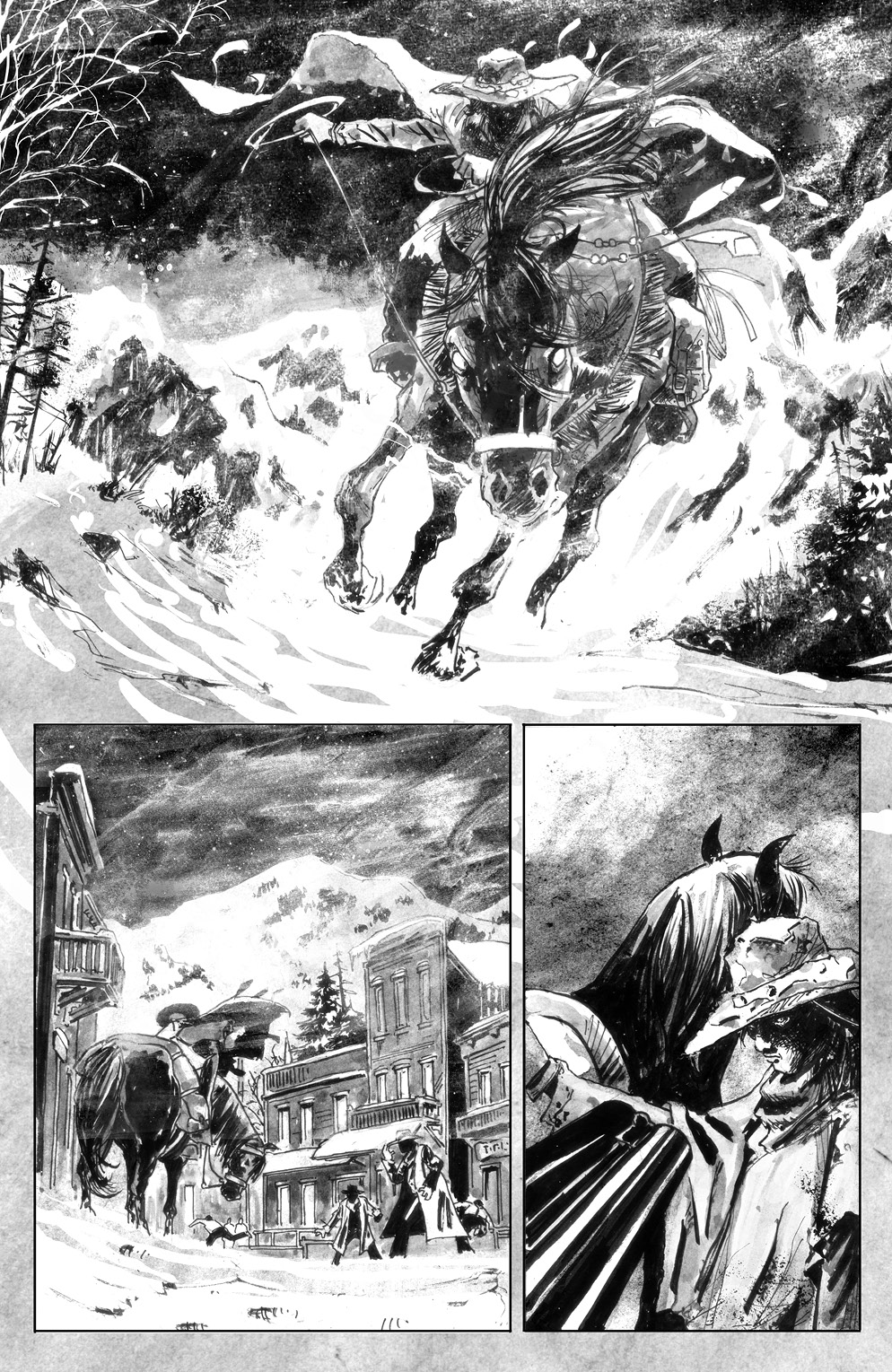 Check out all of the Deadlands and other titles from Visionary Comics at DriveThruComics.com [1].