The year is 1242. The Mongol army crushed Baghdad and then Russia under its heel, and then moved on to devastate Poland and Hungary. The Holy Roman Empire stood to war with the Papacy. The second Lombard League wielded the word of the Pope and fought off Frederick II.

The vampire War of Princes rages. Patricide looms. Young powers look up the ladder to the next rungs, and see stagnation and hypocrisy. They see targets. When they look down, they see humanity. They see a power that could change everything. They see mortals organizing into universities and empires.

In the mortal world of 1242, power shifted at the rate an army marched. For the undead, power shifts faster than a fire overtakes a haven. To the Damned, power flows as fast as blood from an ancient heart.

Vampire 20th Anniversary: The Dark Ages is a storytelling game of horrific power. 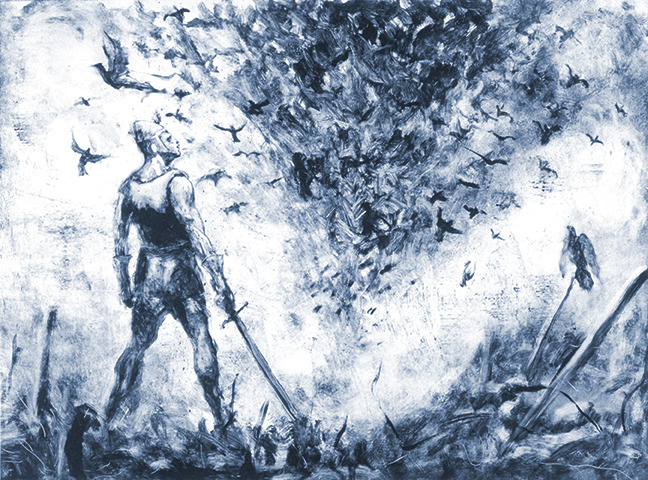 • All three castes of the dying Salubri: the Warriors, the Watchers, and the Healers.

• Bloodlines from every edition of Vampire, and from all over the known world.

• An “apocrypha of the clans” featuring fiction, lore, Roads, and alternative castes within the clans of Caine.

• A complete game in one book, which does not require Vampire 20th Anniversary Edition. 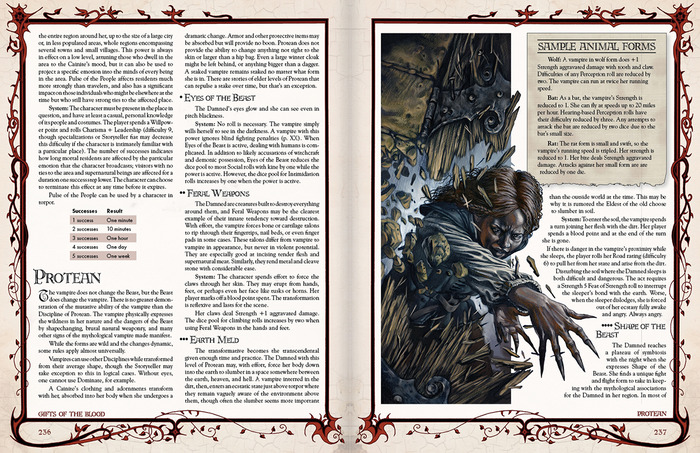 This Deluxe V20 Dark Ages Kickstarter [1] is designed to enable us to create a prestige hardcover edition that has the outside appearance of a medieval tome bound in rare leathers with a fully ridged spine, and stamped with black and silver foil. A full-color, 400+ page interior, silk bookmark and stunning color artwork are all part of this Deluxe package.

An Authentic Experience: The Dark Medieval World is all about style and authentic experiences. Note that this does not inherently mean historically accurate experiences. V20 Dark Ages takes place in 1242, but stylistically, we pick and choose ideas, both fictional and factual, that build an evocative experience.

A New Experience: The Dark Medieval World is a large, frightening place. Here, we want to offer some new experiences and characters to help fill that world. In many cases, the material will be deeply reminiscent of past iterations of Vampire, but you’re not going to be reading the same content over again. We’ll tell these stories with new voices and from different angles. We’ll be providing new options and new biases.

[2] Lore of the Clans for Vampire: the Masquerade available now! : https://www.flamesrising.com/lore-of-the-clans-for-v20/

[5] Blood and Smoke: the Strix Chronicle for Vampire: the Requiem : https://www.flamesrising.com/blood-and-smoke-vampire/