All the stories they told you about what it would be like after you died? They were wrong.

There is no Heaven and there is no Hell. There’s only the Underworld, with the ravening maw of Oblivion at the bottom and the impossible dream of Transcendence at the top. And in between, all the Restless Dead.

Are you ready to join them?

Wraith: The Oblivion is the Storytelling game of passion and horror. Take the role of a ghost whose unfinished business won’t let them rest.

– Protect the things you love in the lands of the living, or travel into the deeper Underworld to become a citizen – or an enemy – of the ancient Empire of the Dead.
– Learn the forbidden Arcanoi, ghostly powers that can terrorize the living or wreak havoc on the dead.
– Fight the pull of Oblivion, the endless void that seeks to drag everything down into it, and come face to face with its corrupt Spectre servants in an endless Labyrinth filled with nightmares.
– Walk the streets of the eternal city of Stygia, where the crumbled monuments of antiquity rise one after another, a thousand destroyed cities blending into one.
– Set sail on the never-ending storm of the Tempest with a wordless Ferryman at your side, or seek the legendary Far Shores, where it is said that every wraith can find peace and contentment. 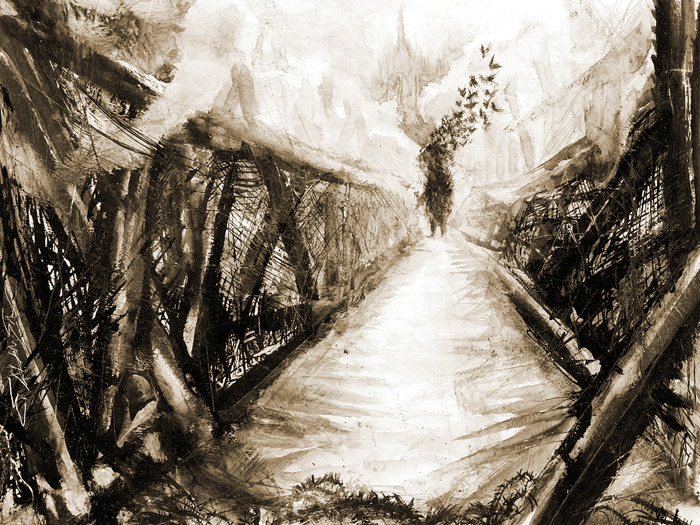 Twenty years ago, White Wolf published what many have regarded as their darkest, bleakest, and most mature gaming achievement. Largely disconnected from the rest of the World of Darkness, yet tied to it by fetters of unresolved issues from their lives, the characters also had to face the compelling whispers of their own dark sides, their Shadows.

This 20th Anniversary Edition of Wraith: the Oblivion returns to that darkly compelling world and both compiles and completes the concepts of the previous two editions. Led by legendary Wraith: the Oblivion developer Rich “Deadguy” Dansky, our writing team consists of Wraith veterans like Bruce Baugh and Clayton Oliver, as well as familiar names such as Andrew Bates, Mike Lee, and Neall Raemonn Price, and they one and all are dedicated to making Wraith: the Oblivion Twentieth Anniversary Edition the most playable edition yet – while not losing the incredible depth of setting and emotion that Wraith is known for.

This Deluxe Wraith 20th Anniversary Edition is planned as a black leatherette hardcover with an inset disk on the spine featuring the Wr20 round symbol, with 300+ full color, silver-edged, interior pages, and a black silk ribbon bookmark. Embossed into the entire front cover will be a pattern of chains.