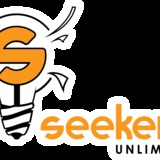 While communities across the United States mourn the state of education, the non-profit Seekers Unlimited is changing the very nature of education for the better with Live Action Role Playing games or LARPs. Seekers Unlimited has been testing its educational LARPs in classrooms in Los Angeles for over a year. Now Seekers wants to bring six of its “edu-LARPs” to the nation through a game changing Kickstarter campaign [1]. People who believe that kids should love learning and succeed in school are helping Seekers to reach its goal of raising $8,000 by August 30, 2013.

Live action role-playing, or play pretend, has been around since the dawn of humanity, but only recently are people realizing that it’s a powerful learning tool. Edu-LARPs invoke the power of play pretend to teach subjects like math, history, and science. What’s more fun: reading about Benjamin Franklin or being Benjamin Franklin for a day? Kids get out of their chairs and interact with one another as they become characters in stories with goals that require them to solve problems, collaborate, and retain information.

Past Seekers edu-LARPs include “Hit Seekers” where students used math to make it in the music industry, and “Mesopotamia” where students became ancient Mesopotamian characters like governors, merchants, and
priests to gain a deeper understanding of the “Cradle of Civilization.”

Now Seekers has developed six classroom tested science themed edu-LARPs. Seekers donates most of its
services since schools have little or no funds for innovative learning activities. By supporting the Kickstarter campaign, donors will make it possible for Seekers to share these new edu-LARPs with the nation and continue its work.

“Improving education is not easy nor simple, but it is imperative that we press on. With people’s help, we can lift mountains,” Aaron continues.

The science edu-LARPs to be funded for distribution by Kickstarter include:

* The Great Phlogiston Debate: Students role-play scientists active at the end of the Age of Enlightenment.
* Noir: Students role-play detectives, forensic scientists, and suspects in a series of possible crimes.
* Element Heroes: Students stop villains with super powers based on the elements.
* Monster Maker: Students learn chemistry in a Dr. Frankenstein scenario.
* Be Your Own Planet!: Students create their own star systems and protect them from interstellar dangers.
* Balloon Race: Students learn about forces and gravity through racing balloons.

Educators, game designers and community members are speaking out about the difference that edu-LARP can
make to education if people pitch in.

Sarah Lynne Bowman, Ph.D., is the author of The Functions of Role-playing Games: How Participants Create Community, Solve Problems, and Explore Identity [2]. Bowman, who also serves on the Seekers Board of Directors, strongly believes in edu-LARP, stating, “LARPing has changed my life in all facets: professionally, personally, socially, academically. Role-playing allows us to explore unfamiliar concepts and portray new roles that transcend our normal reality. I want to share the transformative power of LARP with the next generation.”

Graydon Schlichter, co-designer of numerous LARPs and Director of Publicity for Evertide Games says,
“Teachers are pressured to prepare students for tests rather than educate them, or even better, open their
minds and invite them to educate themselves. Seekers Unlimited, through the edu-LARPs it creates, gives
educators additional tools to reach students, further exposing them to the reality that there is more to learning than bubble-tests and vocabulary sheets.”

Besides the great feeling contributors will get for helping to bring edu-LARPs to the nation, Seekers Unlimited is offering a number of perks to its Kickstarter donors.

* LARP Design 101: A four-hour seminar with our LARP designers to help you design your own LARP.
* Name Branding: Name a character, thing, or place in one of Seekers’ edu-LARPS.
* Basic Larper: Copies of original LARPs “Secret Ante” by Aaron Vanek and “Exodus 22:18” by Michael Tice.
* Edu-LARPs: Receive one or more of the new science edu-LARPs.
* Your Own Custom Designed and Produced LARP