Eric Lofgren’s Cover Art [1] gave us a quick teaser of the new RPG coming from Abstract Nova this summer. Next we learned about The Anonymous [2] and the Shadow Crews [3]. Some of the “good” and “bad” guys of the setting.

After learning a bit about this new, twisted world of Exquisite Replicas folks had a few questions on just how you play the game. So, Abstract Nova gave us a teaser into the Paranoia [4] elements of the mechanics and today they bring us just a bit of Mental Imbalance…

Every member of the Anonymous bears psychological scars from their work. Some suffer from nightmares, insomnia, or depression. Others are borderline psychopaths. Mental Imbalance gauges how psychologically damaged a character is.

Mental Imbalance is ranked from 1 to 5 and can fluctuate during time as a character’s Paranoia, Violence, and Immorality ranks increase or decrease.

Every player character will have a Mental Imbalance ranging from 1 to 4 (NPCs can have ranks of 0 and 5). Should a PC’s Mental Imbalance reach rank 5, the character is so psychopathic, he or she is no longer playable. This is the primary reason why players must be careful when assigning ranks to the three psychological states. A secondary reason is the accumulation of psychological Impairments. 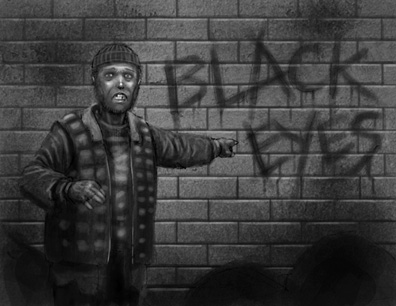 Psychological Impairments are telltale signs of deteriorating mental health. There are four degrees of Impairments: mild, moderate, severe, and debilitating. A character’s Mental Imbalance rank determines the Impairment’s degree of intensity. At a Mental Imbalance rank of 1, a character has a single mild Impairment. At rank 2, the mild Impairment progresses to moderate, at rank 3 it becomes severe, and at rank 4 the Impairment is considered debilitating. Each new degree has a greater mechanical impact on a character than the previous degree, and as characters gain higher degrees of Impairments, the negative effects of lesser degrees remain.

Visit the Exquisite Replicas webpage [6] at Abstract Nova for more information and free downloads. More previews are on the way at Flames Rising each week as well.

Look for Abstract Nova products at Indie Press Revolution [7] and at GenCon Indy this August (booth #2115).