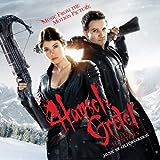 I’ve been hearing about Hansel & Gretel (H&G) for well over a year now. It was supposed to have hit the theatre a few times over the last year before it if finally escaped this weekend. If I had to guess, the studio was probably waiting for an opportunity to dump it in hopes of making a quick buck and then forgotten about, and after the “Avengers” made it so big and everyone recognizes Jeremy “Hawkeye” Renner these days, now was the time to start this witch hunt. It was probably the right move; my niece was dying to go see this with me, simply because Hawkeye was in it. So with a couple of teens and my wife forming a hunting party, we all went to see G&H. And how did the hunt go?

Let me put it this way, if you go during matinee pricing, leave your brains at the door, and just accept whatever happens on screen without questioning it, it’s mucho fun to watch. The visuals were uber-slick, the weaponry looked really swank (think modern day weaponry and batman like toys with antique craftsmanship details), the gore was plentful (even if it was mostly CGI and watered down), the action and fight scenes weren’t too shabby, the music fit the feel of the movie, and I was able to groove to its jive for what it was.

Both Hawkeye and hottie Gemma Arterton (whom I’ve had a thing for since “Quantum of Solace”) had a lot of fun with their roles, especially considering the script they had to work with (more on that below). Hawkeye has presence and he played the badass role well (even though he got his ass handed to him a lot) and Gemma went for “femme fatale” finesse and she pulled it off. Famke Janssen as the lead evil witch simply chewed up her scenes with gusto when she was on the screen (there wasn’t enough of her in my opinion because she rocked it). Visually, this witch was hunting for bear!

Script wise… well, like I said earlier, the very MOMENT you start thinking about the script, the plot, the story, or anything outside of the visuals, this flick falls apart in a hurry. The script had no bite, no real sensibility, and no interest in any originality. The R-rating was interesting here as while it had gore, it didn’t seem to go far enough. It felt like they shoe horned the plasma in because they thought that no one would see H&G if it was only a PG-13 rating. The sibling angle kind of worked, but the love angle was half-baked and lame (it was really an excuse to have a lame topless scene as far as I can tell) and should have been scrapped altogether.

The dialogue made NO attempt at sounding like it was from whatever period this piece was supposed to be in (I had no idea people talked with slang and F-bombs all the time back then). The plot and story held no surprises; anyone who’s seen more than a couple of movies in their live time will see all the plot points coming a mile away. It’s actually a shame that they didn’t try harder with the script, I like the idea of H&G growing up to be badass witch hunters, and with this film having all the right pieces to make it a sensational film it all felt like a wasted opportunity to me.

But again, this film had no intention of being cerebrally interesting. This film was all about eye candy and visual stimulation. If that’s enough for you to enjoy, well then strap on your leather pants, your boots, grab your shotgun and your automatic crossbow, and get out to the theatre and enjoy this spectacle! Otherwise, this one can wait for a rental some night when you’ve had a hard day and need something mindless to enjoy. Still, it was fun enough to watch that I’d dig a sequel… especially if someone throws some intelligence into the script while they’re at it.