This year’s ICC has a ton of great looking events going on. Ranging from Requiem, Forsaken, Awakening and Lost LARP games that are part of the current global storyline, to a oWoD Sabbat LARP that is also a charity event raising funds for Get Well Gamers [2]. In addition to the various LARP events there are some interesting panel discussions on the schedule that include several White Wolf staffers and other guests.

I attended the Opening Ceremonies for this year’s ICC and was introduced to several of the folks who make the Camarilla’s global chronicle possible, staffers, volunteers and coordinators. There were serious announcements and hilarious pre-recorded codes of behavior narrated by “Iron Man” “The Hulk” and other assorted characters that had good advice regarding a safe and fun convention in a humorous way. 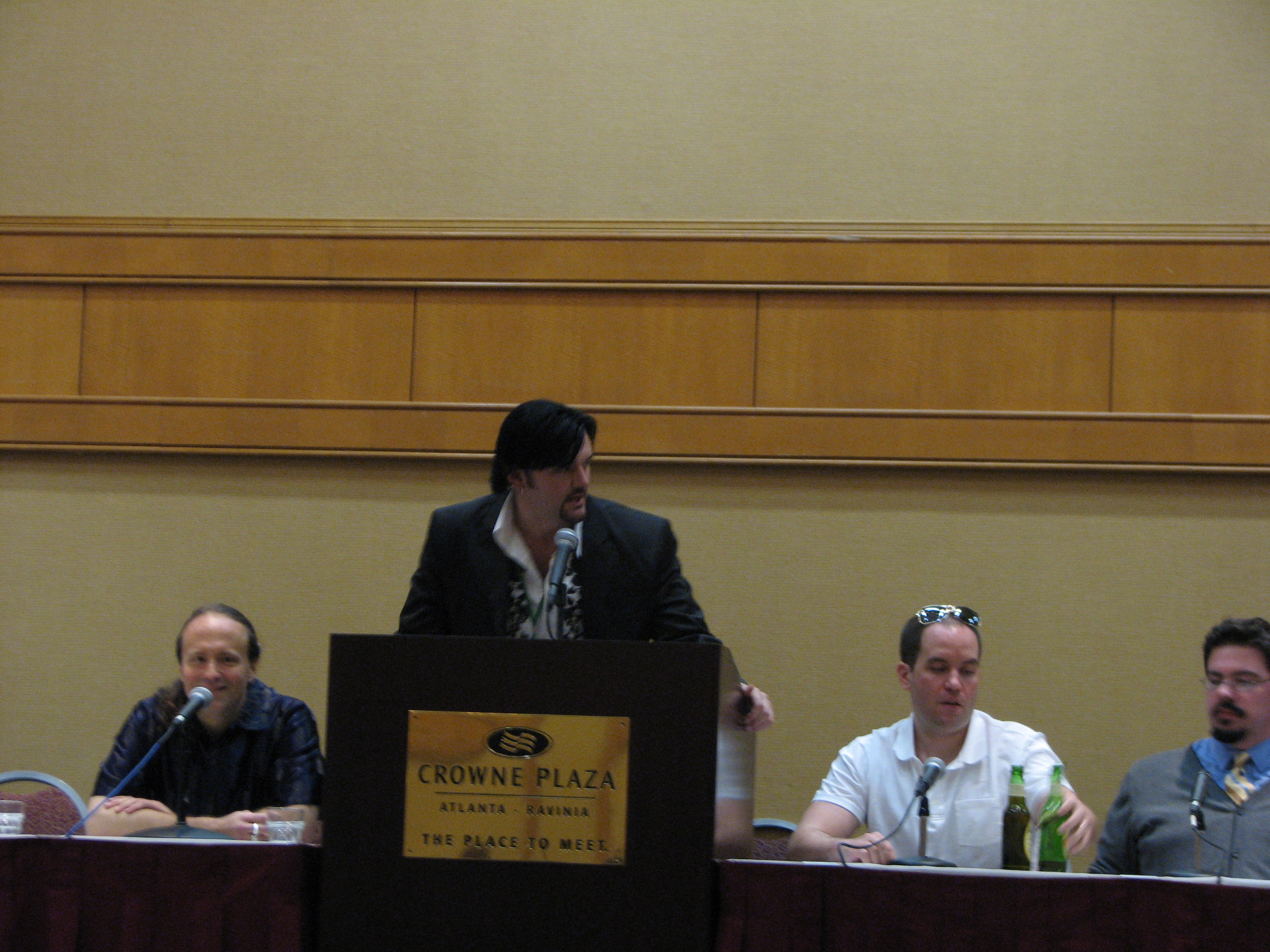 Following the Opening Ceremonies event there was a panel with many of the Vampire RPG developers. All of ’em. Justin Achilli, Will Hindmarch, Joe Carriker, Jennifer Hartshorn, Rob Hatch and Andrew Greenberg. It was really cool getting perspectives from several of these folks that were around way back in the early Vampire: the Masquerade and Vampire: the Dark Ages days discussing the topics of Storytelling and game mechanics at the same panel as developers that have worked on the more recent Vampire: the Requiem titles (Justin Achilli was a developer for both Vampire RPGs). Each of the developers had the chance to share with us some of the highlights of their time working on the game. One of the more interesting topics of discussion was the move away from hardline metaplot/canon books to more open toolkit supplements that Storytellers are encouraged to build their own version of the World of Darkness rather be stuck to one singular version of events. 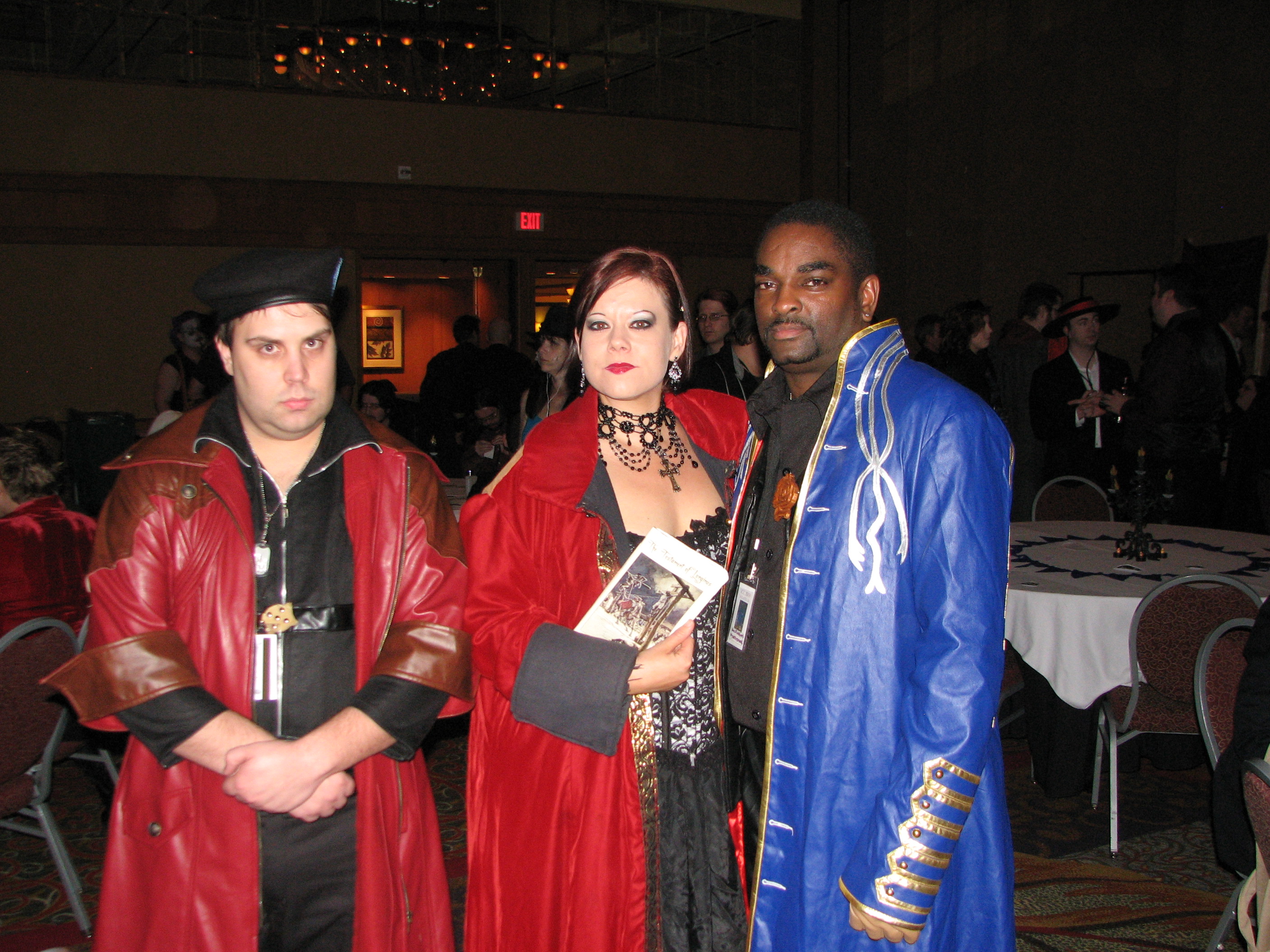 After the Vampire developers panel wrapped up the vampires themselves came out to play (or at least the Camarilla Requiem game got started). Tons of great costumes were on display, some very interesting characters were busy making secret deals, currying favor and discussing the politics of the night. The Requiem game runs three nights during the convention and thing are just getting started as of this writing (Thu 10/29). I’m hoping to get the chance to talk to a few of the players directly and get some “inside info” as to what their characters are doing in the game this week.

So far it looks like ICC 2009 is off to a great start. Stay tuned for more updates as the convention continues and I’ll likely have more photos posted both here and on the Flames Rising Facebook page [3].

[5] Ghouls by Night, an Outline via Open Development : https://www.flamesrising.com/ghouls-by-night-an-outline/

[6] News from my Front: New Stories and Games : https://www.flamesrising.com/news-from-my-front-new-stories-and-games/

[7] “Dress Up” Your Dice for Halloween. Make a Dice Coffin Costume! : https://www.flamesrising.com/dice-costume-dice-coffin/