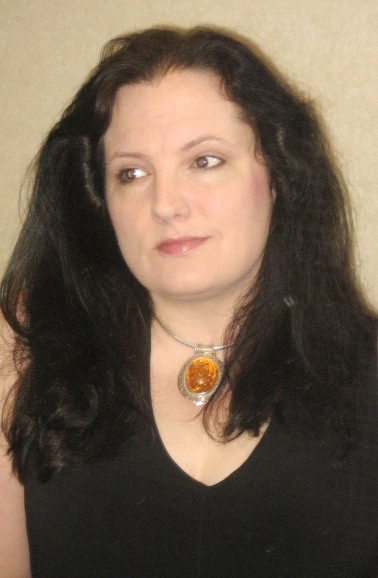 Writer and editor Jess Hartley had just finished the novel Exalted: In Northern Twilight [1] when she got the call from White Wolf to help write what would become the game supplement Predators [2].

Hartley will tell you that she got the gaming gig because she knew werewolves from the as of yet-unpublished novel she’d been hired to write. But, certainly, it had as much to do with her clear, straightforward prose, her professionalism, and her eye for evil.

Hartley’s prose is buoyant and flexible; her characters are rich and dark; and her sense of story is matched only by her dynamic sense of pacing.

“One of the nicest things about Jess Hartley’s work,” said game-designer and novelist Monica Valentinelli, author of The Violet War and “Twin Design,” (from Tales of the Seven Dogs Society [3]) “is that Jess understands what it takes to run with the big, white dog and small-press publishers alike. If you’ve read ‘Changeling: the Lost,’ then you know what I’m talking about.”

Hartley and I spoke in mid-July 2008, while she was preparing for the August 14 GenCon debut of Hunter: the Vigil from White Wolf.

Jones: Games, fiction, magazine work… in what ways do these types of writing inform each other?

Hartley: I think many of the basic skills and talents that make one a good freelance writer (or professional writer in general) are constant no matter what medium you’re working in. Certain traits (dependability, organizational skills, writing and editing skills, the ability to adapt to your target readership, creativity, etc.) are going to serve you well, whether your end product is a magazine article on 14th century European wedding customs or a mechanic for how a particular supernatural power affects Changelings.

On a more specific basis, I think that knowledge is the one thing that does transfer. I’ve used research that I did for SCA (The Society for Creative Anachronism, a medieval recreation group) Arts and Science projects on a novel several years later, or data I collected when researching one of my novels for a Vampire: the Requiem project that wasn’t conceptualized until years after the novel was finished. Everything you learn and know remains in the back of your brain as a writer, just waiting for the right project to come along to fit it in. You start looking at the world like a big box of puzzle pieces, and you never know where you’re going to find the right one to fit into your next article, game or book.

Jones: What do you enjoy about writing games in general?

[4]Hartley: Writing games is unique in that you’re not just providing passive entertainment – you’re providing the building blocks with which others are going to build a million different stories. You’re providing them everything from the basic mechanics and setting to pre-generated characters and story arcs, and everything you write will be used in a myriad of different fashions, depending on the players involved. That’s absolutely amazing. It’s like giving someone imagination seeds and knowing that what they grow from them will be totally unique and entertaining in ways you never thought of when you were making them.

As for what specific element I get the biggest kick out of? That would have to be making monsters and watching storytellers and players have fun encountering and overcoming the challenges they present. I have had the pleasure of having a plethora of gamers come to me and say, “You made [Helions, Wyrdmites, Jacob Mosley, Patches, Bog Stalkers]? Damn you! Those almost killed my character! I had so much FUNfun!” That’s just a joy.

Recently my own Changeling character encountered Border Reavers for the first time, and it was an ironic pleasure to be the one to say, at the end of the session: “Wow! My monsters almost killed my own character this time!”

Jones: What for you is at the heart of a good game?

Hartley: Providing for its players’ entertainment desires. I know this sounds like a cop-out answer, but even for one player (me) different games provide different things. I love roleplaying games for political machinations, social roleplay and good old fashioned supernatural power fun. When that’s what I’m looking for, I head towards the World of Darkness games, or Exalted or Scion. However, there’s times when I want something I can chat with my friends over the top of without it affecting the game (Apples to Apples/Suitors) or focus on strategy (Dark Influences/Settlers of Catan) or just be silly (Once Upon A Time/Munchkin).

A good game gives its players what they’re looking for at that time, with as much or little complexity as they’re interested in, and has the flexibility to appeal to enough players’ desires at the same time to make the game work well.

Hartley: I came into writing for RPGs totally by accident. I started with writing novels for White Wolf, then was asked to step in and help with my first RPG project (Predators) because I had a good working knowledge of the new Werewolf from my novel work. I really had no idea how the whole process worked, what to expect or how to interpret the various bits of feedback (or lack thereof) that I received. Because I’ve learned more over the years I’ve been working for (and asking questions of) White Wolf and other RPG companies, I always try to be very generous with the little bits and pieces of information I have picked up, especially with new or aspiring RPG writers. I’ve been in the dark, and I really want to do everything I can to make sure that other folks don’t have to spend long there.

Jones: Where does building a world begin for you?

[5]Hartley: I usually start with “how is it the same as or different from the real world”. People do best (and I do best building) when they have some recognizable anchors. After that, I add a few twists that I think will make it “still understandable but interesting” and then put some characters into it and flesh it out as they explore, trying to create something new and interesting for them around every corner.

Some things get built chronologically – This town is here because the raiders who used it as an outpost eventually settled into a less-risky and more financially profitable trading business. Others start with a cool idea and build out from that. A hotel might have a few interesting guests and a couple of employees/staff people who seem on the surface to be normal, but have a layer of interest if the players dig deeper.

Jones: What for you is at the heart of a good world for you?

Hartley: The opportunity for players to explore and find or create building blocks with which to make their own interesting stories, whether that “world” is a single room or an entire universe. Gaming is all about overcoming challenges of one sort or another, so a good world should have plenty of opportunities to do so, in a wide variety of types and power levels, and with a limitless number of potential ways to overcome them.

Jones: What role does collaboration play in your writing? And what position do you usually find yourself in when collaborating?

Hartley: I’ve done both solo-projects (and sections of group projects with very little collaboration) and work that was heavy on collaboration. Both have their up- and downsides. Collaboration is great, if you’re working with people whose communication styles and end-vision for the project are compatible with yours. If not, it can really be challenging. At its best, collaborative projects take the best skills and capabilities of every team member and spin them up into an outcome that’s exponentially better than any one of the members could have created alone. At its worse, it’s a schizophrenic mess, hampered by egos, differences of vision and every potential delay multiplied tenfold.

Luckily, most of the projects I’ve worked on have been of the former, not the latter! I’ve had the honor to be on some fabulous teams, and working with more experienced game creators has taught me a lot that I wouldn’t have learned on solo projects.

Hartley: …tell your players what they have to do with the game. Give them the foundation, and enough tools to build what they want out of your world.

Jones: Whatever you do, be sure to…?

Hartley: …say yes! Unless there’s an absolutely irrevocable reason not to, give your players the right to spin the game into what they want out of it. If they want something and you’re afraid it will cause negative results, give them some ways to counteract those results if you can, or at the very least point out the possible affects but encourage them to run with what will be fun for them. Game writing isn’t about what I want to do with the game. It’s about giving players the tools to do what they want with it.

Visit www.jesshartley.com [6] for he latest news, product excerpts and other updates on Jess’ work in the industry.