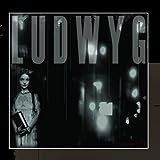 So when I listen to music I generally do it out of a need to write something and I generally do it out of another need to fill up the continual space between the silence of my day and the clicking of my keyboard, but it’s not normally music that I haven’t heard before, because I am getting old and the older we get the harder it seems to be to get into newer music. That’s why growing up kids is hard to do…because eventually you will find yourself at a club or a bar and hear a song that you really like, you’ll start to bob or nod your head a little and then it will hit you. From somewhere out of the corner of your eye you’ll see bright and fresh faced early twenty something’s that are just learning that “Yager Chasers” are the two deadliest words to have ever been combined in the English language. They will be mocking your prehistoric head movements and you will, I say the word will with emphatic surety; want to punch them in the face. And there isn’t a better new record to do so than Ludwyg’s Limelit. A self released EP, Limelit is a forward thinking proto noise electronic Goth experiment in sound, and if you’re wondering what that really means, well – I don’t know either I just put the words together so they sound pretty.

No, it means that it takes splices of what I can tell are NIN, The Jesus and Mary Chain, Portishead, along with the finer and darker elements of trip hop and puts them into a cohesive and enjoyable mesh of sound.

Stand out tracks are the stellar and fantastically catchy opening track “Phyction” which oozes a sort of industrial punk swagger and generously intelligent lyrics that would make most indie bands drop their jaws in horrified jealousy, linearly followed by the second track “Tears” a far more pop inspired production, made complete by aggressive yet harmonious analog synth lines-with the third track “Silent Serenade” coming in high on the list as well.

The thing that I find so appealing about the actual album as a whole is that it seems as if it is a logically linear piece of work. There are very few moments when I think, “hey that song shouldn’t be there- it has no point in being in this line up” or, “well, maybe that should have been a b-side sort of track.” It’s cohesive and fluent, even under the mask of samples and noise.

It doesn’t hurt that I have known the main force behind Ludwyg, for a while, and it doesn’t hurt that Billy Ludwyg, who provides just about everything except live drums- which are handled with ease and style by drummer John Branham- on the album is a musician who I could actually sit down and have a drink with, and even with the recent success of holding down live opening slots for powerhouse alternative electronic acts such as VNV Nation, Nitzer Ebb, Apoptygma Berzerk and most recently the boorish Faith and the Muse, he still manages to keep that Midwestern, post industrial revolution, working class aggravated cool that  is so apparent on the album.

Ludwyg may not be the best band I have ever heard, nor are they the first in the long and infinitely modern line of North East Ohio based Industrial bands, but they are one of the finest of the new generation of these bands. And Limelit they’re first EP is one that leaves you thinking “I wonder what they are going to do next?” Which is a true testament to what this band has to offer, the promise of longevity. Even to a musical dinosaur like me.

The album is available on most major online retailers as well as the bands website.