We have shared the world with monsters for millennia… 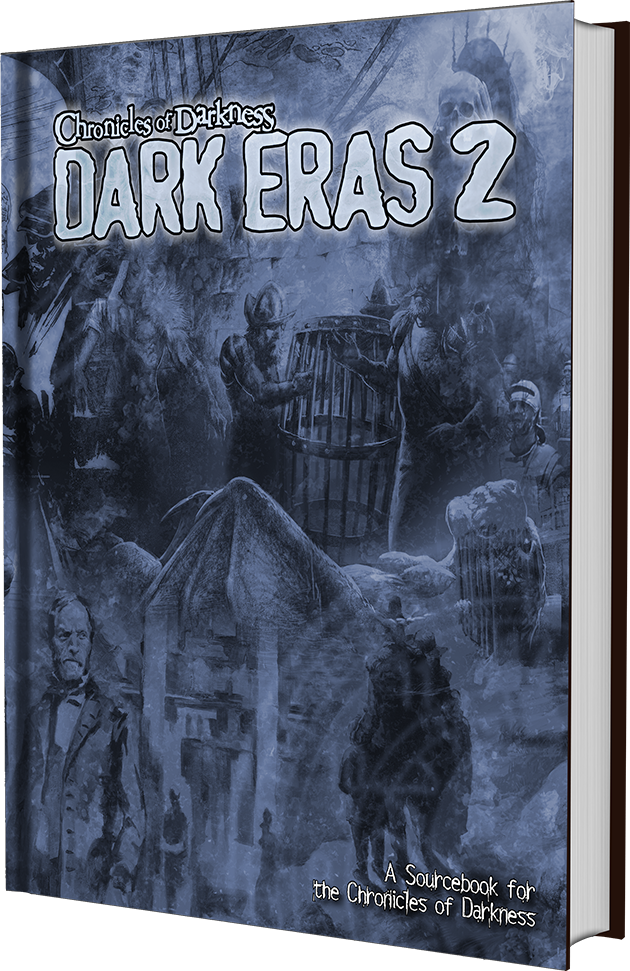 Chronicles of Darkness: Dark Eras 2 [1] starts out presenting a chapter for each of six historical eras; each of which features two Chronicles of Darkness game lines which include Vampire: The Requiem, Mage: The Awakening, Hunter: The Vigil, Changeling: The Lost, and more! The rules in this book are compatible with second edition Chronicles of Darkness. Each terrifying time period and location is examined through the supernatural creatures that dwell there:

To the immortal Kindred hidden within the House of Bourbon, the old ways of monarchical rule and royal privilege seem as eternal as the endless stretch of their nights. As the first stirrings of the Carthian Movement take shape alongside disenfranchised mortals yearning for liberty, fallen angels seize this opportunity to tear down the Machine’s Infrastructure creating the penultimate struggle for survival. As the Revolution reaches its height and the Terror begins, the God-Machine’s wayward children wonder whether Hell on Earth might be within reach after all.

The Great War displayed humanity’s potential to commit to wholesale, ceaseless slaughter of their own species. In such an era, the Scar tears asunder, and the Beshilu rejoice in the mire of the Western Front. Meanwhile, soldiers who, by every right known to mortals should be dead, stand back up to rejoin the battle — or fight back against the Reapers stalking battlefields throughout Europe. Now, both werewolves and Sin-Eaters will struggle to coexist, do their duty, and avoid getting caught up in one of history’s deadliest wars.

DARK ERA: Light of the Sun – Europe (1600s).
Deviant: The Renegades and Mage: The Awakening:

Galileo. Kepler. Newton. On the heels of the Italian Renaissance, reason and belief clash at every turn. Scientific discoveries disproving heliocentrism are subverted and deemed heretical. Scientists, mages, and astronomers are arrested by the Inquisition, and their books are banned. In response, intellectuals on the brink of discovery turn to alchemy and the magical arts, and create deviants to defend their laboratories and universities. Not all in this age agree violence is the option, however, and worry the Church’s power is too strong to fight. What’s more, no one expected the deviants to have a mind and will of their own.

DARK ERA: Seven Wonders of the Ancient World (100-50 B.C.E).
Changeling: The Lost and Promethean: The Created:

As the locations of the most significant manmade structures in the world are revealed, adventurers from Greece to beyond seek them out to bask in their glory. It is tragic, however, that some wonders must be kept secret. The Gentry do not respond well to their Hedge being disturbed, and the seven wonders are coated in thorns for the unwary. There is no telling what they will do when they encounter the Created, who have heard of these wondrous places immune to war, the ravages of time, and Disquiet. Though the Created seek to protect the wonders like a mother would a child, the Gentry have their own reasons for safeguarding them.

The last Imperial Dynasty, the Qing, was established following the takeover of Beijing. Masters of northern China, the powerful Great Qing successfully usurped weakened Ming rulers, but their rule was marked by their suspicious treatment of the Han Chinese. Despite this, the Qing emperors preserved centuries of Chinese arts and literature while searching for mummies rumored to be active in the area. Caught between the present and the distant past, mummies clash with Rival Arisen, sweeping Han Chinese hunters into their wake who must face many threats to uphold the Vigil.

One Thousand and One Nights – Islamic Golden Age (750 C.E. to Present).
Beast: The Primordial and Vampire: The Requiem:

Aladdin. Scheherazade. Ali Baba. Sinbad. During the Islamic Golden Age, great strides in economic development and scientific knowledge occurred throughout the Islamic world and, at the same time, the tales of Scheherazade expose the wonders of magic to all. In this gilded era of human achievement, Kindred and the Begotten join forces to stay at the top of the food chain. Through their eyes, experience a thousand and one dreams…and nightmares. Who doesn’t like a good bedtime story? 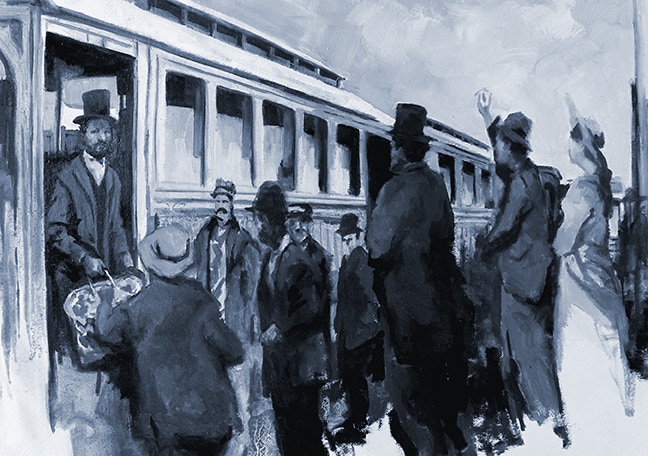 Writing will begin on these chapters, as well as on any added Dark Era chapters once this Kickstarter is over. Having been through this process with the original Dark Eras Kickstarter, we believe this is the best way to create a strong set of Dark Eras for all of you.

Shepherding the writing will be developers Monica Valentinelli, Matthew Dawkins, and Meghan Fitzgerald.

[2] They Came From Beneath the Sea! Tabletop RPG Kickstarter launches from Onyx Path! : https://www.flamesrising.com/they-came-from-beneath-the-sea-kickstarter/

[3] Live, fight, and love on Mars, talking about Cavaliers of Mars with Rose Bailey : https://www.flamesrising.com/live-fight-and-love-on-mars/