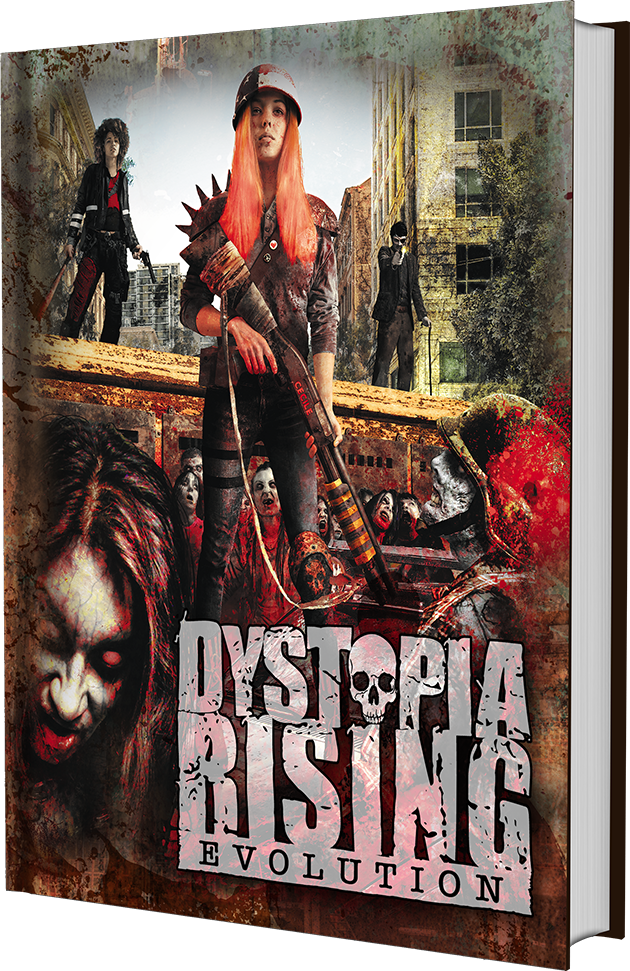 “The holders of the Dystopia Rising license have been very receptive to my thoughts, and we had a lot of conversations to strike the right balance of updating the setting, making it more inclusive, tweaking elements to improve playability as a tabletop game, and keeping the elements that made the original game and LARP organization so attractive. That’s why we decided to call it something more than just Dystopia Rising Second Edition,” stated Eddy Webb, developer for the tabletop RPG. “Dystopia Rising: Evolution is really an evolution of the original game from start to finish.”

“Working with Eddy and the team we’ve put together for Dystopia Rising: Evolved was fantastic. Over the past year or so we have been finding ways to introduce aspects of the world that both myself as a designer, and the Dystopia Rising fan base, have wanted to see that we could never actualize before. This project is bringing the entire Dystopia Rising universe to a whole new level which makes me incredibly excited and proud,” said Michael Pucci.

Dystopia Rising (DR) is set in a post-zombie apocalypse world where characters fight to survive in horrific conditions. Created in 2009, DR has enjoyed a cult following of players who immerse themselves in live-action horror scenarios. Every weekend, DR players reside in survivor settlements to step away from the modern world and into a unique post-apocalyptic experience. Though it began as an event, DR has become so popular the property has spawned novels and the upcoming RPG.

Both digital and print editions of Dystopia Rising: Evolution is scheduled for a 2019 release. The game has been designed using the Storypath system. The game’s manuscript is complete and will be available for Kickstarter backers to preview.

Find out more information and support this project at Kickstarter.com [1].