Out of the Ether Review 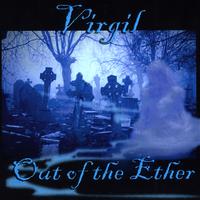 Out of the Ether ~ Virgil

First impressions are always very important when regarding almost anything. It’s what sets our mind for any future interactions with anything. And regardless of how hard you try, you will always give in to first impressions.

With that said, let’s move on to my first impressions of this CD by Virgil. The intro track had set a wonderful feeling for the soundtrack, giving a nice intro and everything. As the CD got going though, I found my self increasingly tuning it out. Not because the music was boring, but because besides the first intro track, every track is well over 5 minutes a piece, most being 7-9 minutes in length. Now, this isn’t some mainstream CD, so track lengths aren’t really applicable here. But over 7 minutes of non-developed musical ideas makes for a very boring CD to listen to.

Don’t get me wrong, this CD does have its up moments. Track 7, which is Possession, is a wonderful piano piece. This is the one track that I think I didn’t totally space out on. It truly demonstrates his ability to play piano and to compose music. This is the one track off the album that I think shows where Virgil can head if he decided to develop his own musical ability. The piece itself is beautifully tragic in its sounds, incorporating many feelings within its overarching sound.

Musically, each track starts off wonderfully. The idea he presents is both unique and interesting to listen too…for the first 4-5 minutes. All in all, the track length wouldn’t have been so bad if he would have interjected some different idea in the center to offset the length. Ear candy is always a good thing with long tracks, that’s what makes songs such as live versions of Freebird and The Watchtower nice to listen too even if they are insanely long for a rock song.

As far as applications in gaming, I haven’t tested it out so far, though I am planning on using Virgil as one of my background tracks for my role-playing group. I have an idea that this track is wonderful for gaming. The extended suspension throughout the CD adds a wonderful horror and tension dynamic to those listening too it. And it is great background music because there are no talking or vocal parts in the CD. There is nothing to distract your players from their overall game.

All in all, do give this CD a shot, if not for personal use for gaming use. It adds wonderful ambiance and a great new comer addition in music. I look forward to seeing how Virgil develops as a musician in this genre of music. It’s a tough world out there, and with bands like Midnight Syndicate and Nox Arcana setting the standards, there is definitely room for him to improve.