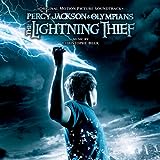 I normally tackle book and RPG reviews; however, I thought I’d give a movie a shot. You may be asking yourself why this movie would even make it to a site dedicated to all things horror, but Percy Jackson fits just as easily as, say, Harry Dresden or Mercy Thompson or the many characters from the Kelley Armstrong novels. Urban fantasy is a fantastic genre, despite the fact too many authors seem to be jumping into its waters. Percy Jackson & the Olympians: the Lightning Thief may be the longest name for a movie in 2010, but it is a big movie in scope and promise.

I took my family to see this movie on the behalf of my six-year-old son. Frequent bombardments from Nick and Cartoon Network commercials did their job. I expected the movie to be along the caliber of a Ben10 movie, but with more budget. My wife, the trooper, didn’t have any real expectations for it at all. My son was excited though, so I let it be a little contagious, after all, I love Greek myth. I mention all of this going into the review, so you understand its impact.

Percy Jackson (runtime: 118 minutes) is directed by Chris Columbus (who has some experience with the urban fantasy genre through a little series called Harry Potter). It tells the story of Percy, a self-proclaimed “loser” who is diagnosed with a few psychological conditions.

The movie wastes no time throwing Percy into his fate, so we don’t get but a fleeting glimpse of his mundane life (what we see isn’t fun and instills the “loser” belief). Percy remains a good son though, despite his issues with school and his home life.

I’m obviously not going to throw spoiler after spoiler out in this review, so feel free to read with abandon. Let’s tackle the story itself first, so I can avoid those pitfalls. The overall story (the Lightning Thief) isn’t much of a shocker. You’ll see it coming. What did throw me were the identities of a few other players in the movie. For example, Pierce Bronson’s character really comes across like one figure from myth but turns out to be another. The “other” he turns out to be makes much more sense once the rules Zeus passed are explained (a little). The story is quest based as Percy seeks to make an exchange. He takes a cross-country trip with another demi-god and his Protector. The stops along the quest are imaginative as is the overall movie.

For me, this movie has the feel of the first Harry Potter movie. The imagination and playfulness of the setting really comes across beautifully. Be it Hermes wing-endowed Converse sneakers or Columbus’ depiction of Tartarus, the movie looks amazing.

For those who love Greek myth, there will be fewer surprises. When there are surprises, you’ll wonder why. Things that should be present in places just aren’t. My wife and I chalk it up to nobody wanting to spend money on two similar looking monsters. Money is a good enough reason for me.

What about the actors in the movie? Percy is played by Logan Lerman, an established actor who has played in multiple popular films like The Patriot and The Butterfly Effect. He’s a likable kid who transitions from a believable kid ready to start making some bad choices in life to a teenager who realizes he’s part god. He’s good to his mother, but arrogant and cocky towards his enemies. All in all, he acts like I want a demi-god to, so yeah.

Brandon T. Jackson plays Grover, Percy’s Protector. Grover provides the vast majority of comedic relief for the movie and does so without looking too silly. His identity helps with this tremendously.

Alexandra Daddario plays Annabelle, another demi-god (daughter of Athena). She’s part rival and part love interest; however, the dynamic between them proves to be a minor point to the story while being believable. She fills out the main core of characters and keeps pace with the other two.

Since the main players are solid, how did the lesser characters turn out? In all the movie, I only hated the choice for one character. Let me first say that I cannot stand Uma Thurman or, to a lesser degree, Rosario Dawson. Both of these actresses just bore me to tears. Now that I’ve said that, I’ll admit when I’m wrong. Thurman’s Medusa is creepy as all get out while Dawson’s Persephone is a calculating sex kitten who doesn’t care for being kept up six months a year. No, these two actresses didn’t both me at all with this movie. I hated Hades. Steve Coogan, a great actor, portrays Hades as if the God of the Underworld was a roady for the Rolling Stones. Yes, he could switch to a more demonic form, but it wasn’t nearly as impressive once you witnessed the real deal. It’s hard to top Pacino’s Satan in The Devil’s Advocate, but Coogan doesn’t even try that angle. His Hades feels more like Dionysus, but worse.

The quest takes the characters take turns into an American road trip. They have a timeline to follow, so the movie feels a little bit rushed, but not too badly. The end battle is dramatic, but loses some effect by the trailer for the movie. I really don’t need to see the ending to a movie in the trailer so I feel like it will have a happy ending and somehow bring merit to my life. God forbid a movie ends on a destructive note with buildings blowing up and crumbling all over themselves (wait Fight Club did exactly that).

This brings us back to the beginning. My wife enjoyed the movie she knew nothing about. I, a myth nerd, loved this movie and already looked up the books in the series. I need to read the first to see if any of my “missing elements” made it to the book. My son laughed and repeated lines from the movie for the rest of the night. All in all, the movie I didn’t expect to have much more punch than a High School Musical turned out to have quite a kick instead. The fact Columbus and the actors pulled this off while making it a PG movie only doubles my appreciation for it.

One final word. This is one of those flicks that you gotta sit through the credits for a little bit. They don’t kill you by making you sit through the whole thing . . . but don’t rush out to leave.

I’m excited about this movie, which currently holds a 6.1 rating at IMDB. If that were scored by my Dice, it would be three dice. I believe this movie is better than that, so I give it Four Dice out of Five. Hiccups in the story when coupled with a linear overall story and truly sucktastic Hades just take a bit away from it.