Regaining Home: The Final Novel of the Redemption Trilogy 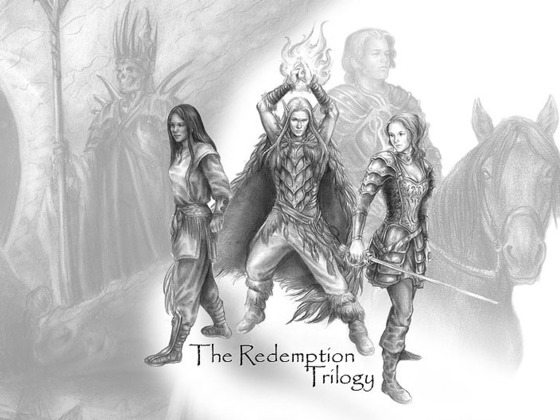 The long-delayed conclusion to the Redemption Trilogy — in which four heroes face their world’s most dangerous villain.

In 2006, White Silver Publishing released Into the Reach, the first novel of the Redemption Trilogy. In 2007, Departure followed. Soon after, White Silver folded, and the third book, Regaining Home, was never published. A draft of the manuscript is complete but was never finished.

In 2010, White Silver released the rights to publish the novels back to Alana Abbott, and now Alana — with the team of editor extraordinaire Shawn Merwin and amazing artist Lindsay Archer — is making plans to finish Regaining Home for release as an e-book.

The Kickstarter budget includes the following:

Editing: Shawn Merwin is again on board to edit — and make awesome — the manuscript by Alana.

Re-writing: Alana Abbott will be revamping the original manuscript to improve it prior to sending it to Shawn Merwin for editing.

Publishing: Once all the other steps are complete, Alana Abbott will format and design the e-book editions, in multiple formats, for Regaining Home.