Non Stop. One Way. Straight Down! 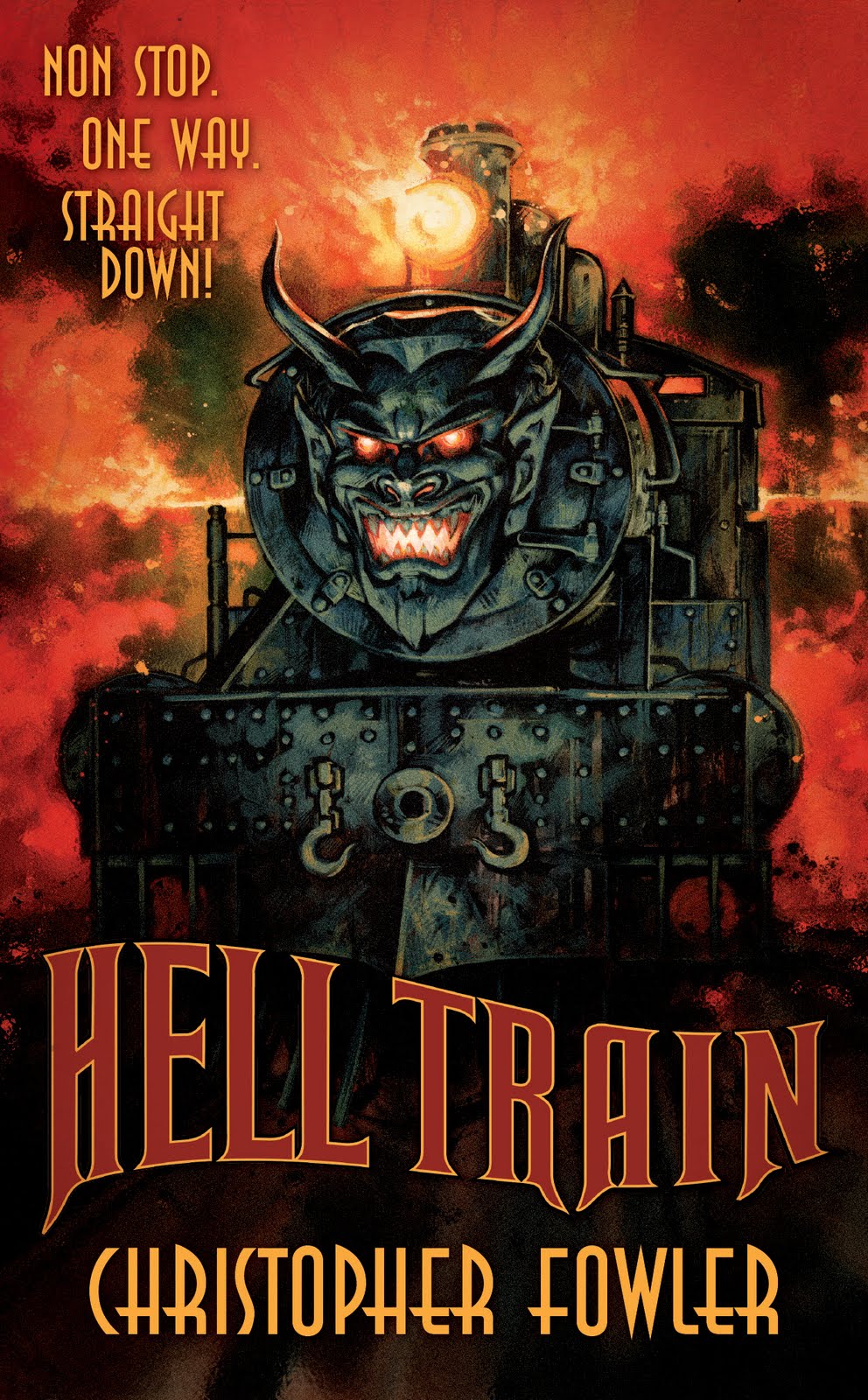 Solaris is delighted to announce the acquisition of a new horror novel, Hell Train, by Christopher Fowler, best-selling author of the Bryant & May mystery novels. Fowler says: “This is an unashamed pedal-to-the-metal supernatural thriller that goes back to my roots, and a multi-layered fun ride to the dark side. I’m thrilled to be working with the hottest new publishing house for genre fiction in the UK.”

Jonathan Oliver, editor-in-chief of Solaris, has commented: “I’ve been a fan of Christopher Fowler for a long time and have always loved his horror stories. So it’s very exciting to be working with him on this rip-roaring supernatural yarn. Christopher brings us something of the British horror film industry at its height, while also stamping his own mark on this thrilling tale.”

Imagine there was a supernatural chiller that Hammer Films never made. A grand epic produced at the studio’s peak, which played like a cross between the Dracula and Frankenstein films and Dr Terror’s House Of Horrors…

Four passengers meet on a train journey through Eastern Europe during the First World War, and face a mystery that must be solved if they are to survive. As the ‘Arkangel’ races through the war-torn countryside, they must find out:

What is in the casket that everyone is so afraid of?
What is the tragic secret of the veiled Red Countess who travels with them?
Why is their fellow passenger the army brigadier so feared by his own men?
And what exactly is the devilish secret of the Arkangel itself?

Bizarre creatures, satanic rites, terrified passengers and the romance of traveling by train, all in a classically styled horror novel.

Hell Train will be published in January 2012 in both the UK and the US.