Tales of the Seven Dogs Society is a collection of stories inspired by the Aletheia role-playing game published by Abstract Nova Entertainment. Each of these stories is a possible continuation of the events described in that book.

In the Aletheia RPG, players are presented with a detailed history of the strange events that led to the formation of the Seven Dogs Society, including some interesting supernatural phenomena that to this day remain unexplained. The book also gives describes how the Society works and just what types of characters might be recruited to join up. 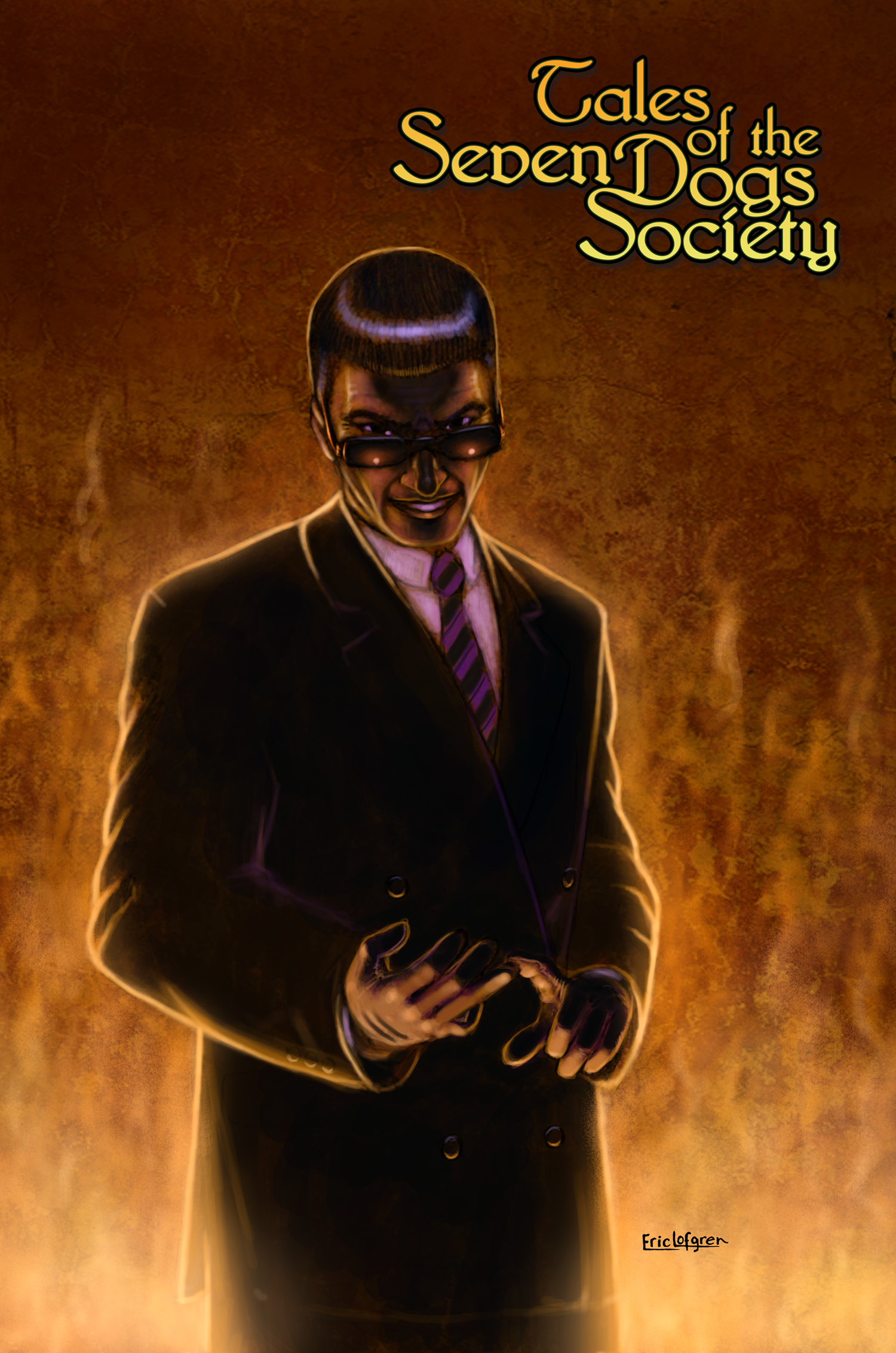 In 1949, Jericho Usher and his friend, Terrance Chastain, remodeled an old Victorian house in the remote town of Seven Dogs, Alaska. Usher christened the house Hepta Sophistai after the seven sages of Greek lore. Primary among Jericho’s many modifications was a western annex. This addition contains nine doors, each serving as a spatial gateway to a distant locale.

In 1969, Jericho Usher disappeared without a trace, never explaining the otherworldly nature of the annex. Jericho Usher spent his lifetime investigating anomalous phenomena, and it was his intention that others take up his work once he was gone. To facilitate this, Jericho left behind very detailed instructions for assembling a society of investigators. Terrance honored his friend’s intent, overseeing the creation of the Seven Dogs Society, recruiting those who fi t the exacting instructions left behind by Jericho Usher.

This is where our trio of tales begins. The three authors of Tales of the Seven Dogs Society have created three different versions of the current Seven Dogs Society. These tales are just possibilities, three “What if?” scenarios exploring the world of Aletheia.

Tales of the Seven Dogs Society

Tales of the Seven Dogs Society was written by Jim Johnson, Monica Valentinelli and Matt M McElroy. A special limited printing of the book will be available at the Abstract Nova booth (#2115) at GenCon [1] in August.

Buy the book today at the Flames Rising RPGNow Shop [2].