Technocracy Reloaded, a new supplement for Mage: the Ascension

Rich Thomas, founder and Creative Director of Onyx Path Publishing, announced the launch of a new Mage: The Ascension 20th Anniversary Edition Kickstarter for the deluxe printing of Technocracy Reloaded.

In the words of co-developer, Travis Legge: “The world is on the brink of destruction. The Enlightened Scientists of the Technocratic Union are humanity’s best hope against Reality Deviants, Monsters, Aliens, Climate Change, and any of a hundred other ills you may have read about in the Book of Revelations or the Weekly World News. Humanity is in desperate need of saving. Are you ready to suit up?”

Technocracy Reloaded brings the final playable faction of the Ascension War into Mage: The Ascension 20th Anniversary Edition. The Technocratic Union has historically been presented in various ways. Its members have been shown as the villains of the Ascension War, misguided willworkers seeking to keep humanity safe through control and manipulation, shadowy masters of modern reality, and as heroes forming the only line of defense against unspeakable horrors that seek to destroy all that is. 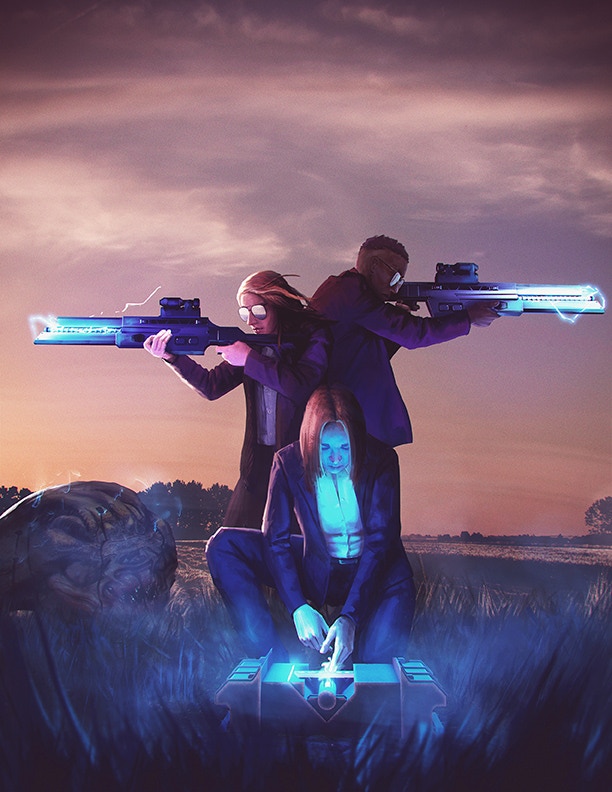 Highlights of Technocracy Reloaded include:

– An Operative’s Handbook that provides a detailed overview of life in the Technocratic Union, describing the organization of the Union, the Conventions, and the roles that sympathizers, extraordinary citizens, and Enlightened Operatives play in the overall structure of the Technocracy.
– An examination of Technocratic initiatives on a global scale.
– Devices, procedures, and hypertech used by the Technocratic Union that explores the Enlightened Science, allowing operatives to apply similar effects in the field, if they have sufficient understanding of the principles that allow these gadgets to function.
– A comprehensive list of citizens, cyborgs, operatives, progenitor creations, and allies to use as NPCs.
– Storyteller support that explores story seeds and metaplot to shape a chronicle for their needs.

The manuscript for Technocracy Reloaded has been completed, and chapters will be released during the Kickstarter to backers. This is a supplement for Mage: The Ascension 20th Anniversary Edition corebook and is not a stand-alone book. This book was co-developed by Satyros Phil Brucato, Danielle Lauzon, and Travis Legge.

Delivery is planned for May 2022 to account for stretch goals and deluxe printing which features: a leatherette cover, embossed symbol, silk ribbon bookmark, and 200+ full color pages. Standard digital and print editions will be released following fulfillment of the Kickstarter.

The Kickstarter has already reached the initial funding goal and is on to stretch goals, including the Technocracy Reloaded Player’s Companion a Storytellers Screen, and more.