The Dead Are Rising in Pathfinder: Book of the Dead

Paizo released Book of the Dead, the latest rulebook for the Pathfinder Second Edition Roleplaying Game. The rulebook brings the shambling menace of the undead to the forefront of the game. 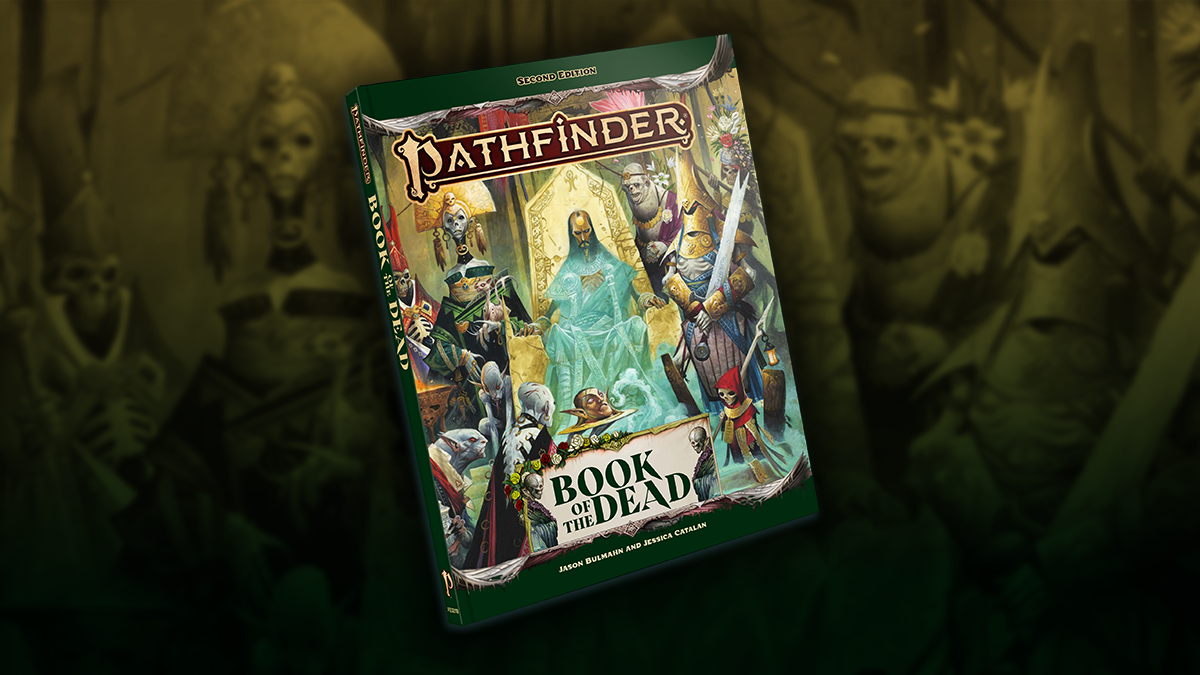 Inside Book of the Dead, players will find tools and skills to fight against the undead hordes. Or they can join the other side and turn their character into a ghost, ghoul, lich, mummy, skeleton, vampire, or zombie! They’ll also find new haunts, as well as information about the undead-plagued lands within the Lost Omens campaign setting, perfect for adding undead to their next adventure! A massive bestiary section full of undead creatures brings more threats for GMs and summonable creatures for players, including more versions of classic undead like vampires, skeletons, and zombies. This book also includes “March of the Dead,” a grim and dangerous adventure themed around an undead uprising!

The regular 224-page hardcover Book of the Dead has an MSRP of $49.99 and is part of the optional Pathfinder Rulebook Subscription, which comes with a complimentary PDF. For an MSRP of $69.99, players can purchase the deluxe Special Edition bound in faux leather with metallic deboss cover elements and a bound-in ribbon bookmark. This is part of the Pathfinder Special Edition Rulebook Subscription and also comes with a complimentary PDF. A smaller, softcover Pocket Edition will be available starting May 25 for $24.99. These are available at paizo.com and game and book retailers worldwide.

Digital versions are on paizo.com [1] and pathfindernexus.com [2].