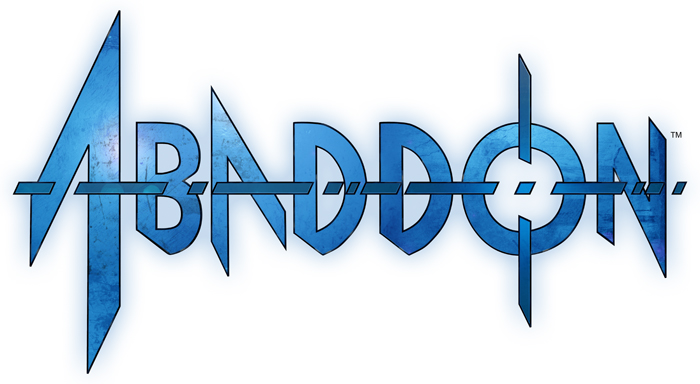 [1]In an exciting team-up certain to rock the cosmos, Toy Vault, Inc. and legendary game designer Richard Borg (Memoir’44, Battle Cry) have joined forces to take you on a new action-packed adventure through the cold depths of space in ABADDON!

It’s the distant future and mankind has taken a galactic leap forward through space, time, and technology. Life as we know it struggles to endure on the ABADDON. Once the home of a mysterious, non-human civilization, the planet is now a desolate wasteland bearing one immensely precious resource: Feronium power crystals. The unimaginable energy contained within the crystals is coveted by two groups of humans: the Satellite City-States and the Commonwealth Alliance. Using giant bio-mech suits called Links, made from modified military vehicles and alien technology; the warring factions fight a weary battle for territorial control of the ABADDON.

At your disposal is a huge, 28” x 19” battlefield game board with 32 highly-detailed mech figurines, 18 free-standing landscape terrain features, over 100 game-changing Wild Fire and Weapon System cards, dozens of tokens, battle dice and a Battle Manual containing over 15 mission scenarios.

Choose your allegiance and lead your army in non-stop excitement as you forge through unforgiving terrain, fight to overcome random and bizarre technological glitches, and battle your enemies in never-ending war. The fate of the future is in your hands as you race to survive and conquer the ABADDON!

About Toy Vault, Inc.
Toy Vault, Inc, founded in 1998, designs and manufactures high quality products for the toy, game, and novelty market. Toy Vault has an aggressive design and product-research department that consistently provides the newest and hottest-selling products within the industry. The company utilizes a highly skilled sales force to penetrate all levels of retail.

Toy Vault’s key strengths include the ability to deliver a competitive product while maintaining high quality, flexibility and expertise in tailoring product to individual retailers large and small, and the ability to create unique and compelling designs.