The Vampire Retrospective Project continues today with an essay from Shane DeFreest, the former Community Developer for CCP/White Wolf Publishing. Shane tells us about his early introduction to Vampire and his experience being part of the fan community. Shane’s role may have changed, but his commitment to the fans has not. 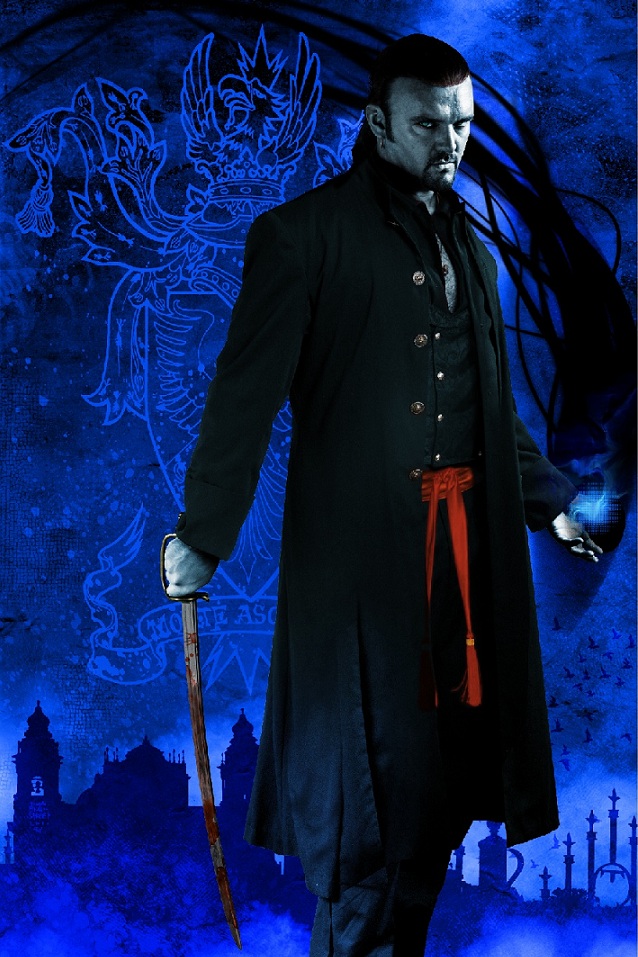 If you were to go back in time 20 years and tell me that the funny weird looking green book I was putting on the shelf in the section with all the other non-D&D “weirdo role playing games” at the local comic and game shop I worked at would be the single most defining thing in my life, I would have laughed at you and pointed to the X-Men #1 hanging on the wall and said “that defines my life”. Because, for ten years prior to Vampires release, and for as long as I could remember, comics did that for me, not role playing games. Sure, I loved playing D&D for the acting escapism (did theater from a young age) but I was a comic guy and expected that my life journey would forever be tied to superheroes. How so very wrong I would be. That strange green book ironically came out the same year I graduated from high school and my first year of adulthood. I didn’t know it then but my journey into darkness had just begun.

I had always looked for inspiration in strange places and or strange things: games, comics, movies, books etc. I suppose it was odd at the time. In today’s Kevin Smith inspired pop-culture “Han Shot first” geek chic generation it’s much more “normal” than it was in my formative years, but Vampire changed me considerably. Many people have said X album by band Y changed their life or that a certain movie franchise or series of books really spoke to them. Vampire: The Masquerade (VtM) was that “album” for me. Some people say that Vampire: The Masquerade is just a game. It’s not. It is a mythology, and that mythos spoke to me prolifically and with such a subtle finesse that I didn’t even realize how much it called to who I was, and/or wanted to be. The fact that this mythos just happened to come in the form of a role playing game is indeed to say the least very odd, but I believe to be no less significant or credible than any other form or medium. Some people listen to an album like Pink Floyd’s Dark Side of the Moon and find it’s a transcending, life-changing experience, and to others it’s just a cool concept album. Vampire spoke to me in much the same way the original Star Wars films did. Yet this was even more than that, this just didn’t let my mind wander and wish to be in a galaxy far, far away but let me get excited and explore the mysterious world all around me. Vampire was a creative outlet to me that helped me express myself and inspire me to new things and experiences. It wasn’t the only thing, but it was important.

Some people may think that, because (of all things) a roleplaying game about vampires helped mold my life so much, that it’s unhealthy or even disturbing. I write those concerns off as a byproduct of ignorance and fear of the unknown, in the end being no different than every ill-educated article and rally claiming D&D is the work of the devil. Ask yourself this: What has really inspired you? Was it a book, a movie, a play? Remember how it spoke to you? Motivated you to press on with some goal or ideal? Vampire has been that catalyst to me and so many people. I think that was the point. Personally, I think anyone who doesn’t have at least one thing in their life that calls to them or challenges them to expand and explore who they are in sometimes radical and unexpected ways is a person living only half a life.

Vampire was very much a social allegory to me. The Clans of Vampire spoke to people because they were flawed and, in truth, human yet not. People could relate to that, and I believe in some cases it gave a creative outlet to actually work through real-life. In others it was an opportunity to explore an inner desire. VtM was and is a social commentary of sorts. It’s an experience about the world we live in and, in many ways, the myriad facets of the human condition. That and you get to be a sexy bad ass that you have always dreamed of.

I experimented with fashion and music and got introduced to different cultures. I went to different nightclubs and it made me interested in history and languages. Vampire certainly helped me get more comfortable with myself and in truth helped considerably when it came to learning how to talk to women. It really spoke to me and in truth I actually did build a life around it. My whole career is because of Vampire. Almost all the serious relationships I’ve had in life in some way or another could be connected back to Vampire, and ultimately I’ve met most, if not all of my dearest and most long lasting friends in the whole world because of Vampire. The fact that I can credit not just one thing, but so many things in my life that have brought me joy is a rarity and something I will always be grateful for. I think some people might be embarrassed to admit that what started out as just a game on a shelf would become so life altering. But to not acknowledge that fact is to devalue all the magic that’s happened. Vampire literally changed me and changed my life.

I’m one of but a legion of such people, and I would not take any of it back for a second. We are products of our environment and a lot of people found a home in the Vampire: The Masquerade community and were inspired by its mythology. It spoke to me and to a legion of people like me in a way that said its okay to explore your identity, it’s okay to explore your darker inner self. If Vampire can help more people find themselves and define their identities like it’s done in the past, then I’m the first person to open the door and say “Come on in, welcome home, we have a place for you. Just be safe, and have fun.”

Today I feel incredibly fortunate to be working directly with the community that inspired me so much. And that community is my mission: I’ve dedicated myself to being its voice, and to doing my best to help it grow. Every day I try to find ways to remind the community and myself that, like vampires, hope and inspiration are eternal concepts for both the young and the young at heart. The green marble banner of VtM is flying again, and I am proud of my role in helping to make that happen, and humbled by the reactions of the community to its return. And I don’t think that I understood when I first came to CCP how much Vampire had changed my life, or how the community would continue to change it today. It may not always make sense, but it’s true. In the end Vampire: The Masquerade and its community gave me something profound: A cause worth fighting for. A purpose. For that I am profoundly grateful,

I would not trade what Vampire: The Masquerade has given me for anything in the world.

I will end with a quote by the recently departed great American innovator Steve Jobs:

“Being the richest man in the cemetery doesn’t matter to me … Going to bed at night saying we’ve done something wonderful… that’s what matters to me.”

Let The Renaissance commence and The Crusade begin anew!

If you are interested in submitting an essay for the Vampire Retrospective Project please review the Submission Guidelines [2] and let us know if you have any questions.