You Say You Want a Revolution?

We have a new game design essay from David A Hill Jr. David tells us about his new RPG, which is currently on Kickstarter, Farewell to Fear.

Our new game, Farewell to Fear [1], is a dark fantasy game about revolution and enlightenment taking people out of the darkness. Your players choose a thing about the world they want to change, and they set out to change it. As we design Farewell to Fear, I’ve tried to keep this at the front of every effort. I’m tackling this through three main avenues, game mechanics, setting writing, and art direction.

In the game mechanics, revolutions are at the forefront. Change needs to drive advancement. So, our entire system is based on building solutions to massive problems, and using thinking and preparation to tackle otherwise overwhelming problems. As the game progresses, characters grow and evolve through their engagements with change. If you make headway toward your revolution, you get better. If you get better, you’re better suited for approaching revolution. So it’s all about cyclical incentives.

As well as with our main rules, we’re also including Apocalypse World inspired rules, and Pathfinder RPG rules for Farewell to Fear. We want to welcome a different audience to our revolutions. But, we want to adapt these rules similarly. For instance, in our Pathfinder hack, we’ll be giving players bonus points to better accomplish the things tied to their revolutions, and we’ll cater the leveling mechanic to advancement along the path to change.

In the setting, we’re giving numerous changes to be made and problems to be tackled. Our goal here is to make these problems seem realistic and reasonable. We’re leaning away from moustache-twirling evil all-around. Almost everyone in Farewell to Fear thinks they’re doing the best thing for their situations. Just sometimes, these things clash with others. If we’re going to introduce a problem, we have to ask ourselves, “Why does this problem exist?” Our villains should be sympathetic. Not because we like villainy, but because we want the players questioning their revolutions. Are they helping? Are they causing more harm than good?

For example, our elves are extinct. Humans killed them off. The revisionist history tells the tale of elves unwilling to share resources and live on the same continent as the humans. The truth is far less black and white. Actually, the elves needed certain places (a river, in this case) to be untouched, in order to hold back some awful magic. They weren’t willing to compromise on this issue. The humans wanted to advance on the territory because they needed water for their growing population, so the conflict came to blows. Diplomacy could have solved everything, but hindsight’s 20/20. 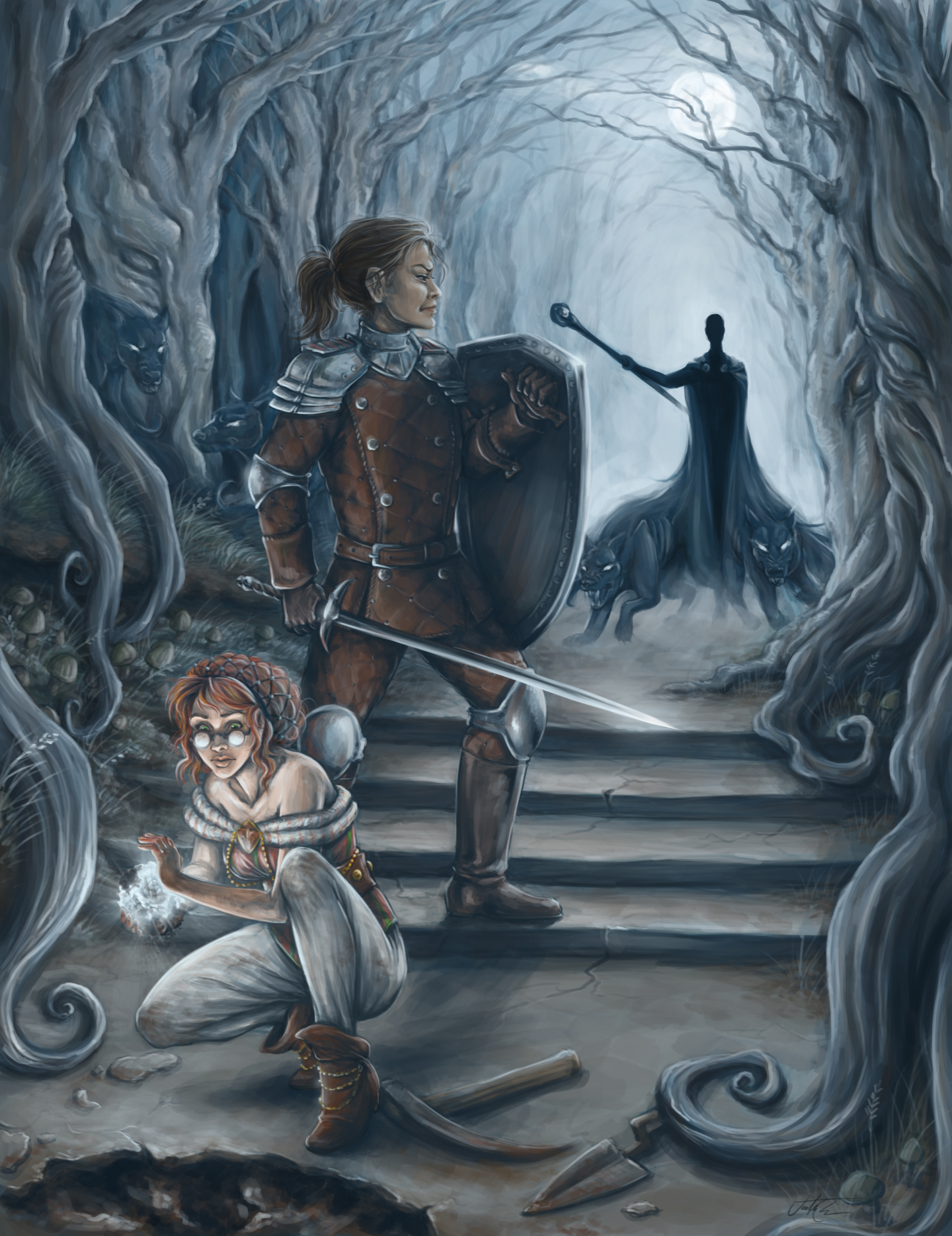 Lastly, in our art direction, I wanted to tear down tropes and try things that are different for fantasy art. First off, we’re moving away from the traditional “cheesecake” fantasy art. A few publishers have been doing this lately, and I think it’s important, but I wanted to do our own take on it. Our women should be just as awesome and empowered as our men, and they don’t need to bend over to get there. We’re also normalizing racial minorities in our setting. We have people of all sizes and colors, and they interact as if it’s not an issue. If someone wants to deal with racism in their game, that’s fine. But it’s not the default in our art. Revolutions should be inclusive. We’re even trying to show some differently-abled people. Everyone should be able to make change, not able-bodied white males.

We’re releasing Farewell to Fear at Gen Con. We’re telling stories about revolution, and taking the dark out of the dark ages. For the rest of this week, we have a Kickstarter campaign for pre-orders, and to help us determine our production budget. We just hit the point where we’ll be including both Apocalypse World and Pathfinder rules for all backers. As well, all backers will be getting two supplements, one that’s a take on the traditional gaming “total war” setting (think 40k). The other is half-cookbook, half game supplement, with a character class based on a traveling chef. We’re close to a level where all backers will get over 25 classes. If we hit our next goal, all backers will get a whole new game, inspired by the aesthetics and thematics of Final Fantasy 6.

So we’d love to have you a part of our project! Visit Kickstarter.com [1] for more information.